Most Powerful Passports in 2022 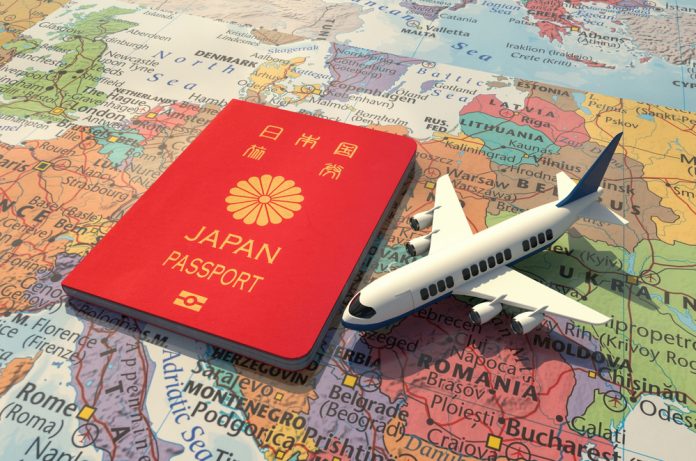 Henley & Partners, a global citizenship and residence advisory firm in London, has produced a new quarterly report stating that holders of three Asian passports have more worldwide travel flexibility than any other country.

A record 193 destinations worldwide are now open to Japanese citizens without a visa or visa-on-demand, compared to Singapore and South Korea’s 192.

Because of this, Asian citizens are less likely than Europeans or Americans to use Covid-19’s travel flexibility.

It’s still less than a sixth of what it was before Covid, according to the latest International Air Transport Association (IATA) figures for Asia-Pacific (IATA).

According to the Henley Passport Index report, Europe and North America’s passport markets have recovered to 60% of their pre-crisis mobility levels.

A slew of European countries occupies the upper echelons of the rankings. In third place is Finland, followed by Italy and Luxembourg with an average of 189 destinations each.

In fifth place is a tie between Austria, Denmark, the Netherlands and Sweden, while France and the United Kingdom round out the top six.

There are just 27 countries in the world that do not require Afghan citizens to obtain a visa in advance.

However, there are encouraging signs that lower-ranking passports are regaining some clouts as travel restrictions are eased.

According to a report, travel freedom for Indian passport holders has returned to pre-pandemic levels, with unrestricted access to 57 places worldwide (compared to just 23 destinations in 2020).

Russian passport holders are now more isolated from the rest of the world than ever because of the Ukraine invasion.

Despite Russia’s 50th place on the index, Russian people are essentially prevented from accessing many of the destinations on the index because of temporary restrictions and airspace closures, which the index does not take into account.

The best passports to hold in July 2022 are:

The worst passports to hold in July 2022

Several countries worldwide have visa-free or visa-on-arrival access to 40 or fewer countries. These include:

Among the many indexes published by financial firms to rank global passports, Henley & Partner’s ranking is one of the most comprehensive.

With the Henley Passport Index, 199 passports have been evaluated to determine how many visa-free locations their owners can visit. When new visa policies take effect throughout the year, they are continually updated in real-time.

All 193 United Nations member countries and six territories—ROC Taiwan, Macau (SAR China), Hong Kong (SAR China), Kosovo and the Vatican—are included in Arton Capital’s Passport Index. Other countries’ territories that have been annexed are not included.

The United Arab Emirates is ranked first in the 2022 index, scoring 171.