Akasa Air operates its maiden flights on the Bengaluru-Kochi route 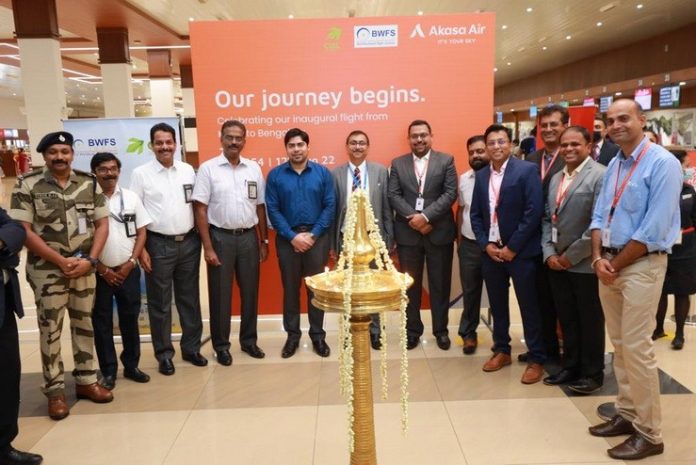 The airline will operate 28 weekly flights on the Bengaluru-Kochi route.

In line with the airline’s vision of adopting a phased approach to grow its network across India, Akasa Air has already announced a total of five routes in five cities, including Mumbai, Ahmedabad, Kochi, Bengaluru and Chennai and would be operating a total of 54 weekly flights by August 13, 2022.

Praveen Iyer, Co-Founder and Chief Commercial Officer, Akasa Air said, “We are extremely grateful for the response we have received from travellers since our maiden flight which was flagged off by the Honourable Civil Aviation Minister Shri Jyotiraditya Scindia- ji on 07 August. With this new Bengaluru – Kochi route, we look forward to our customers from these cities experiencing Akasa Air’s warm and efficient customer service and reliable operations at very affordable fares.”

The airline has started its commercial operations with two aircraft and plans to induct two 737 MAX aircraft each month, to establish a strong pan-India presence, with a focus on metro to tier 2 & 3 route connectivity. Akasa Air’s fleet size will be 18 aircraft by the end of March 2023 and over the next four years, the airline will add 54 additional aircraft, taking its total fleet size to 72 aircraft.