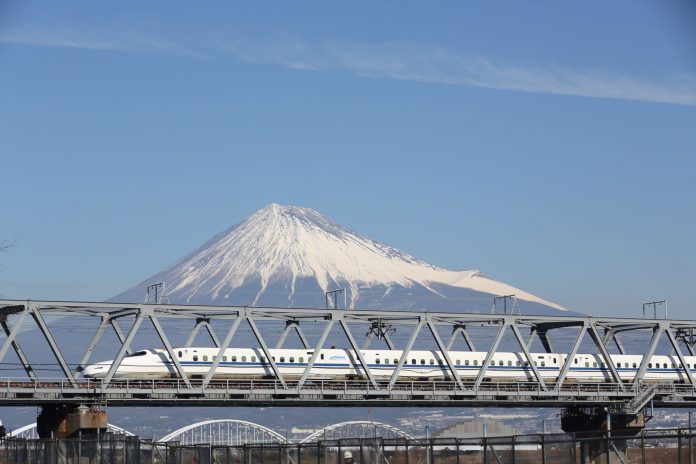 In cinemas as of the 3rd of August, the story begins in Tokyo where several assassins and hitmen find themselves heading towards Kyoto with somehow connected objectives. As the film progresses and the high-speed train makes its way across the prefectures of Shizuoka, Aichi, Shiga and Kyoto, notice nods to the mountainous country’s ancient history and culture.

Early in the film, the story introduces viewers to Yuru-kyara mascots, a Japanese term used to describe a character created to signify a prefecture, town, event or business. Most also have a design with cultural or historical meaning. Momonga is Bullet Train’s Yuru-kyara, and like the Hello Kitty and Pokémon carriages that exist in real life, there is a dedicated Momonga carriage featured as well as many references to it. Visit the Kumamoto prefecture on the southerly island of Kyushu, and tourists will most likely meet the Kuma-mon bear with charmingly rosy cheeks who is often accompanied by a security team. Another famously popular mascot is Domo-Kun, the official mascot of the Japanese public broadcaster NHK, who represents the station everywhere from the back of buses to as a lego piece. 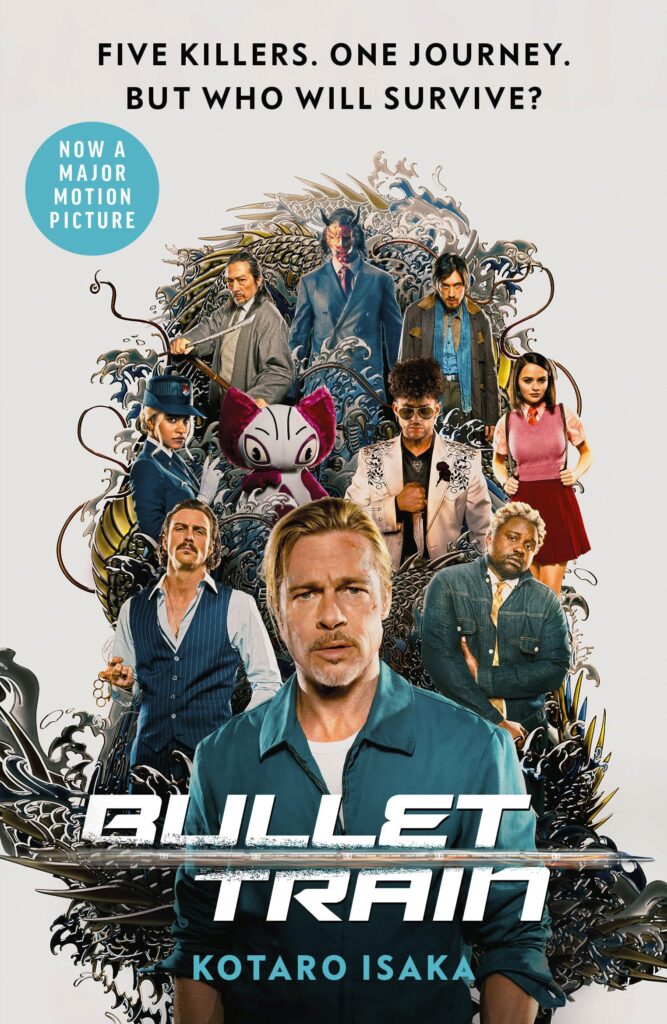 Crossing into the Shizuoka prefecture, south of the mainland and known for its overwhelming views of Mount Fuji, the Bullet Train makes its way to the home of Wasabi. With the most bullet train stops of any prefecture in Japan, it’s unsurprising that Shizuoka makes its debut in the film. Tourists can step off at a Shizuoka station to see the famous view of Mount Fuji from Miho Bay, or try the signature horseradish flavour that spices up the snack Brad Pitt’s character, Ladybug, loves; Wasabi Peas. In Japan, these will be found at ‘izakaya’ and are commonly made using dried edamame beans as opposed to peas, while the flavour is also commonly used in meals such as sushi and sashimi.

Another type of food which makes its way into the film due to its origins is the orange, most notably through one memorable scene with the protagonist ‘Tangerine’. The South of Japan in and around the Seto Inland Sea can boast a Mediterranean-like climate and is therefore ideal for fruit and olive oil production. The ‘Mikan’ mandarin orange is easy to peel and has little to no seeds, growing in the Ehime and Wakayama prefectures. Visitors here and to the ancient Kumano Kodo pilgrimage trail nearby may find themselves being handed one of the citruses as a refreshing snack, but they are also very common around New Year celebrations when they ripen to their sweetest, atop a traditional Kagami Mochi rice cake.

Today’s pop culture doesn’t exist without trends, stories and people of the past, and as one of the oldest nations in the world, Japan is a country full of history to delve into. In one of the film’s explosive fights, a Japanese gang of Katana-fighters and their leader The White Devil step in, dressed in Japanese business suits and masks. ‘Uchigatana’ is the term used to describe this type of one-handed sword, while the masks worn known as ‘menpo or men-yoroi’ date back to feudal era Japan. This type of suit meant to resemble a demon was used to provoke fear and was worn by warriors and notably the warlord Date Masamune of Sendai, whose jet-black armour inspired George Lucas for the creation of Darth Vader’s helmet and suit. Tourists can embody these ancient warriors with the chance to wear armour and try sword fighting in the Nisshinkan Samurai School in Aizu-Wakamatsu. If the more creative side of fighting is more appealing, watch the craftsmanship behind Japanese sword making in the City of Blades, Seki, in Gifu prefecture, with 26th-generation sword makers.