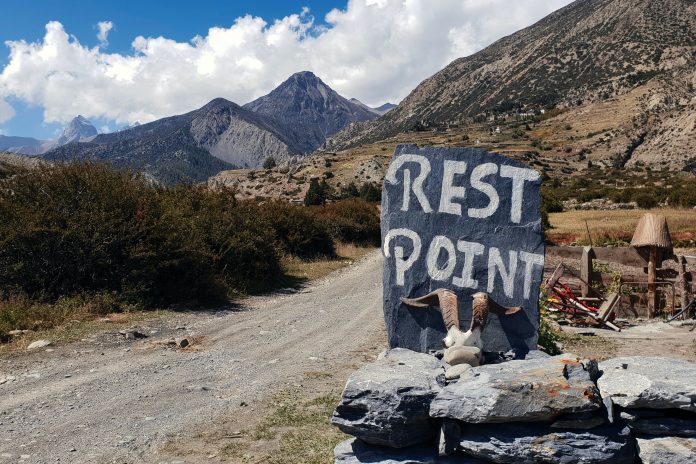 Upper Mustang Trek is one of the restricted area treks in Nepal. It takes you to the Trans-Himalayan Region of Nepal bordering with the Tibetan Autonomous Region of China.

Upper Mustang Region was opened for international trekkers only in 1992 AD. However, it is highly regulated by the Nepal Government to conserve its nature, culture and security sensitivity.

Even though an off-the-beaten-path trek, the flow of national and international tourists has significantly increased. Now, you can find Upper Mustang Jeep Tour and Upper Mustang Helicopter Tour as well.

Mustang Region is broadly divided into Upper and Lower Mustang geographically. Upper Mustang is inhabited by the Mustangese people while lower section is dwelt by Thakali people.

The Mustangese people follow the Tibetan Buddhist culture, tradition, and lifestyle. They are close to the Tibetan Autonomous Region both culturally and geographically. Thus, their socio-cultural aspects are highly influenced by the Tibetans.

This region lies in the rain shadow area of the Annapurna Massif (8,091m) and the Dhaulagiri Massif (8,167m). It rains very less in the monsoon season as the 8,000ers block the easterlies that come from the Bay of Bengal.

Nevertheless, the westerly’s that come from the Mediterranean Sea enter into Nepal from the west in the winter season. As the rainclouds travel from the west to the east, the Mustang Region including the Dolpo Region receives light rains.

When the major local destinations such as Everest Region, Kanchenjunga-Makalu Region and Manaslu Region are disturbed by the monsoon rains, Upper Mustang Region remains free from such disturbance. Thus, the best time for Upper Mustang Trek is the summer monsoon.

Due to the less amount of rains, Upper Mustang landscapes are arid that supports selected crops especially, potatoes, wheat, barley, etc. Though the land grows less crops, the Mustangese people live on tourism industry. There are teahouses that provide basic services of food and accommodation for the national and international tourists.

Trekking to the Upper Mustang Region has a lot of rewards more than arid landscapes and the Himalayan culture, tradition and lifestyle. Besides Mt. Annapurna and Mt. Dhaulagiri, you will see several snowcapped mountains. Tukuche Peak, Nilgiri Peak, Tilicho Peak, Thorung Peak, Saribung, Mustang Himal and Manshail Himal are some of them.

If you want different experience from just trekking in the Himalayas, you can do Upper Mustang Trek during Tiji Festival. 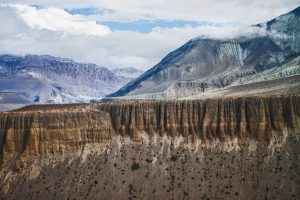 What is Upper Mustang Tiji Festival?

Upper Mustang Tiji Festival is one of the most colorful festivals celebrated in the Trans-Himalayan Region of Nepal. This three-day festival is an opportunity to witness the Tibetan Buddhist culture and tradition in the Nepalese territory.

Upper Mustang Tiji Festival has been celebrated since the 17th Century in the premises of Lo Manthang. This colorful festival of the Mustangese people is celebrated for three consequent days in the month of May. Also known as the Chasing of Demons, Tiji Festival marks the victory of good over evil.

Dorje Jono is a deity in Vajrayana Buddhism that has been practiced in Nepal and India since its beginning. However, the Nepali monks Padmasambhava, Vimalamitra and Shilamanju introduced it in Tibet in the 8th Century CE.

The dates of Tiji Festival Nepal are not as exact as any other festivals like the Everest Day that is celebrated on 29 May.

The First Day of Tiji Festival

The first day of Tiji Festival is known as Tsam Chham Day. This masked dance tells the story of Dorje Jono and his victory over His Demon Father named Ma Tam Ru Ta. Monks and performers dressed in traditional cultural attire, gather at the premises of Chode Monastery.

The rhythm of musical instruments like Tibetan horns Dhungchen, double-reeled horns, drums and cymbals accompany the traditional songs. After the large thangka is hung on the wall, the celebration begins.

The Second Day of Tiji Festival

The second day of Tiji Festival is also called Nga Chham Day. This celebration marks the generation of celestial palaces and deities. The Mustangese women dress in traditional attire and jewelry, gather in the Lo Manthang Durbar Square. Their traditional dance reflects Dorje Jono’s attempt to return the Demon to the Buddha Realm.

The Third Day of Tiji Festival

The third day of Tiji Festival is called Rha Chham Day. All the masked performers dressed in traditional attire and jewelry gather into the Chode Monastery premises. The environment is intensified by more music, dance and gun shootings. At the end of the day, the monk who disguises as Dorje Jono burns an effigy of the Demon Ma Tam Ru Ta made from Tsampa (barley). The use of vibrant beat of musical instruments marks the end of the Upper Mustang Tiji Festival celebration.

Different performances in three days not only reflects the significance but also ends Tiji Festival. The celebration has kept the history of Lo Manthang Kingdom to hand over to the future generations.

Upper Mustang Tiji Festival Trek can be done from both Kathmandu and Pokhara. From the Lake City Pokhara, either you can fly or jeep ride to Jomsom, the administrative headquarters of Mustang District.

Pokhara Jomsom flight takes just about 25 minutes whereas the jeep ride from Pokhara to Jomsom take nearly 10 hours. The roadway travel continues through the Baglung Beni Highway and diverts to northwards from Beni along the Kali Gandaki Gorge.

After visiting Muktinath Temple in Jomsom, the Upper Mustang Trekking route towards Kagbeni. Kagbeni is the gateway to Upper Mustang. You can find some good hotels providing luxury services of food and accommodation for tourists.

From Kagbeni, the route moves along undulating landscapes across remote settlement areas. The popular villages you go across are Chele, Zhalte, Syangboche, Dhakmar, Lo Gekar, and Charang to reach Lo Manthang.

The trekking trail to Lo Manthang goes across several passes with an altitude from 3,700m to 4,200m. Thus, acute mountain sickness (AMS), especially altitude sickness is a common phenomena.

Beginner trekkers in the high altitude must be careful not to suffer from this physical trouble. Daily cardio and physical exercises help them come out of this trouble though.

As Upper Mustang Trek with Tiji Festival lies in the restricted area of Nepal, a special trekking permit is required. The cost of Upper Mustang Restricted Area Permit is USD 500 for the first 10 days. From the 11th day, additional USD 50 must be owed to the Nepal Government.

Upper Mustang Trek is a lifelong experience of off-the-beaten-path trekking in Nepal. Located in the rain shadow area of the Annapurna Massif (8,091m) and the Dhaulagiri Massif (8,167m), this trek can be done in the summer monsoon as well.

For a different experience, Upper Mustang Trek with Tiji Festival can also be done. Whatever the Nepal trekking package you book, the rewards are worth every penny you spend.