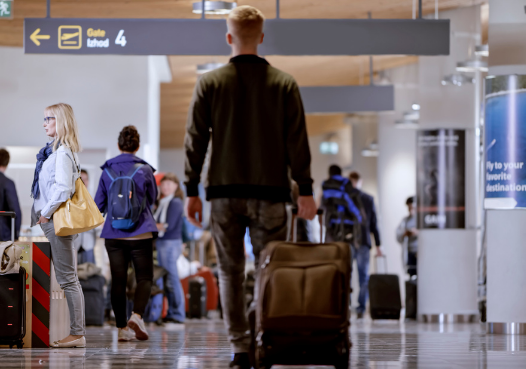 The report confirms the recovery in passenger traffic, with March seeing the European airport network posting its best monthly performance so far since the start of the COVID-19 pandemic, at -34.1% (Q1 stands at -39.6%).

EU+ Market Ssurges forward
This March recovery was the result of most States in the EU+ area finally easing restrictions for both intra-European and external travel on the back of strong pent-up demand. Accordingly, passenger traffic at airports across the area stood at -34.3% in March, up from –51.1% in January (Q1 as a whole stood at -42.1%).

Rest of Europe figure impacyed by war
In the rest of Europe, the Russian war against Ukraine resulted in passenger traffic significantly deteriorating in March to -32.9%, down from -23.8% in January (Q1 at -26.5%).

Elsewhere in the non-EU+ area, while passenger traffic also deteriorated at Georgian airports (-38%), it kept improving in all other markets including in Serbia (-21%) and Turkey (-24.5%). Airports in Armenia (+0.4%) achieved a full recovery, while those in Albania (+38.9%) and Kosovo (+15.1%) were way above their pre-pandemic volumes.

Olivier Jankovec, Director General of ACI Europe said: “The impact of the war staged by Russia in Ukraine on passenger traffic has been contained to these countries and a few others in their immediate vicinity. For airports in the rest of Europe, the easing of COVID-19 travel restrictions not just on the continent but also increasingly for intercontinental travel bodes very well for the Summer season.

The immediate challenge is to manage the sudden surge in traffic given that  the pandemic left airports and ground handlers with hugely depleted resources. This now requires re-staffing in what is a very tight labour market across Europe. What’s more, the time required by national security clearance procedures for airport staff combined with training requirements simply make it impossible to adjust overnight. All this, combined with traffic being much more concentrated over peak periods, is putting significant strain on the entire aviation system as we strive to recover.”

Majors now improving faster
The Majors (Top 5 European airports) saw passenger traffic improving significantly at -34.5% in March, up from -48.5% in January. Istanbul (-20%) remained the busiest European airport, but London-Heathrow (-35.7%) jumped to the 2nd position up from the 4th over the preceding month – followed by Paris-CDG (-35.2%), Amsterdam-Schiphol (-33.8%) and Madrid-Barajas Adolfo Suarez (-27.5%).