What Happened To Kingfisher Airlines’ Airbus A319 Corporate Jet 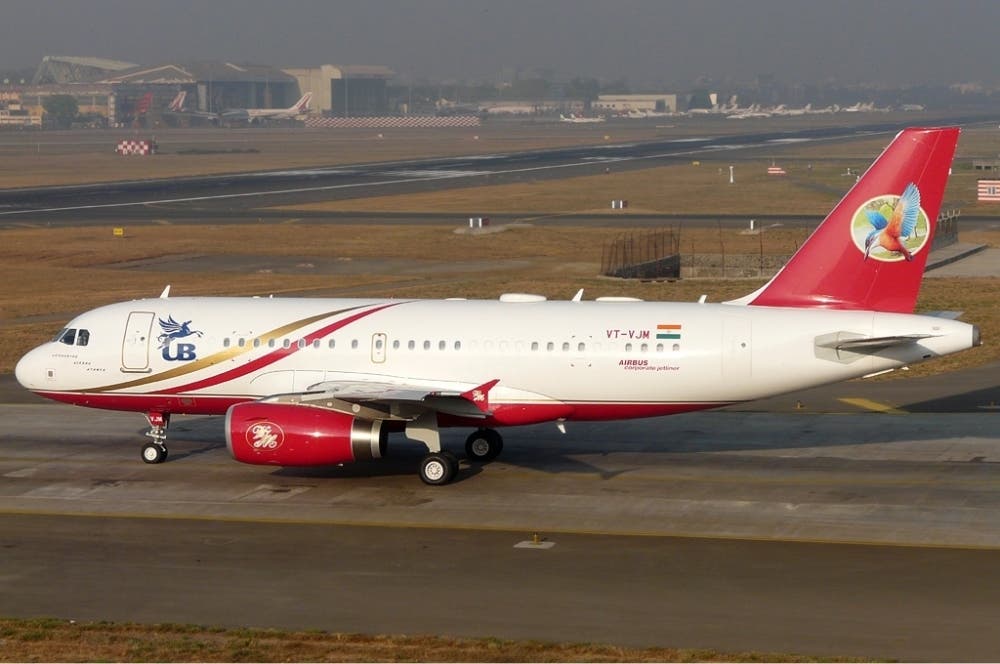 Among Kingfisher Airline’s fleet of airplanes was one A319 corporate jet. Photo: Sean d’Silva via Wikimedia Commons

The story of India’s former full-service carrier Kingfisher Airlines is marked with glamorous highs and startling lows. At the peak of its operations, Kingfisher had more than 65 aircraft, most of which were A320 family airplanes. Among those was a corporate version of the A319, the ACJ319-100, shrouded from regular operations and used only by company chairman Vijay Mallya and a select few.

Unfortunately, when the carrier went south, the jet – much like other Kingfisher assets – had a not-so-happy ending.

An investigative report by the Indian Express reveals a rather dodgy origin of the carrier’s corporate A319 jet. The airline was under intense scrutiny following bankruptcy when many of its knots came undone, revealing several company transactions.

United Unraveled: Inside The Airline’s Largest Hub
One of India’s investigative agencies, the Serious Fraud Investigation Office (SFIO), found that even though the ACJ319-100 was purchased for non-scheduled air transport services, it mainly flew for personal use by Mallya and his family and friends.

Kingfisher Airlines Ltd (KFAL) first sought an NOC from the Ministry of Civil Aviation (MOCA) for the jet in February 2006. But KFAL also applied for a separate NOC for the same plane for foreign travels of Mallya and other employees of the UB Group – Kingfisher’s parent company – along with VVIP tourism and chartered trips around the world. The NOC was based on the reasoning that the airplane would generate surplus income from its operations.

However, the plane was never used for non-scheduled air transport. The SFIO referred the case to the Central Board of Excise and Customs (CBEC) to recover any duty for the jet intended as a chartered services aircraft but was instead used as a personal carrier for Mallya.

When precarious finances forced Kingfisher to shut operations, its ACJ319 was also one of the fatalities. The jet’s registration number – VT-VJM – famously carried Vijay Mallya’s initials and had plush interior designs and layouts.

After being confiscated in 2013, VT-VJM was parked at Mumbai airport for many years. The highly congested airport then knocked on the door of Bombay High Court to remove the plane from its premises for non-productive use of its space.

In 2016, the service tax authorities decided to put up the jet for auction to recover part of ₹800 crore (approx. $108 million) accumulated over the years due to non-payment of service tax by the carrier. The airplane had a reserve price of ₹152 crore (approx. $20 million) at its first auction in 2016 but could attract only one bidder at ₹1.09 crore ($147,000). Nobody was willing to invest in a plane that had not flown in years and was not adequately maintained.

The authorities made a few more attempts to sell the aircraft, including reducing the reserve price to ₹85 crore (approx. $11.4 million), but it continued to fetch minuscule amounts.

Where is it now?

After four failed attempts, the service tax authorities finally managed to sell the A319 in 2018 to Florida-based Aviation Management Sales (AMS), which bought it for ₹ 34.8 crore ($5.05 million). The transaction was completed through an e-auction following an order by the Karnataka High Court.

A year later, VT-VJM was dismantled at the Air India hangar in Mumbai, and its parts sent to AMS, its final owner.

What memories do you have of Kingfisher Airlines? Did you ever get to see Kingfisher’s A319 corporate jet? Share your comments below.