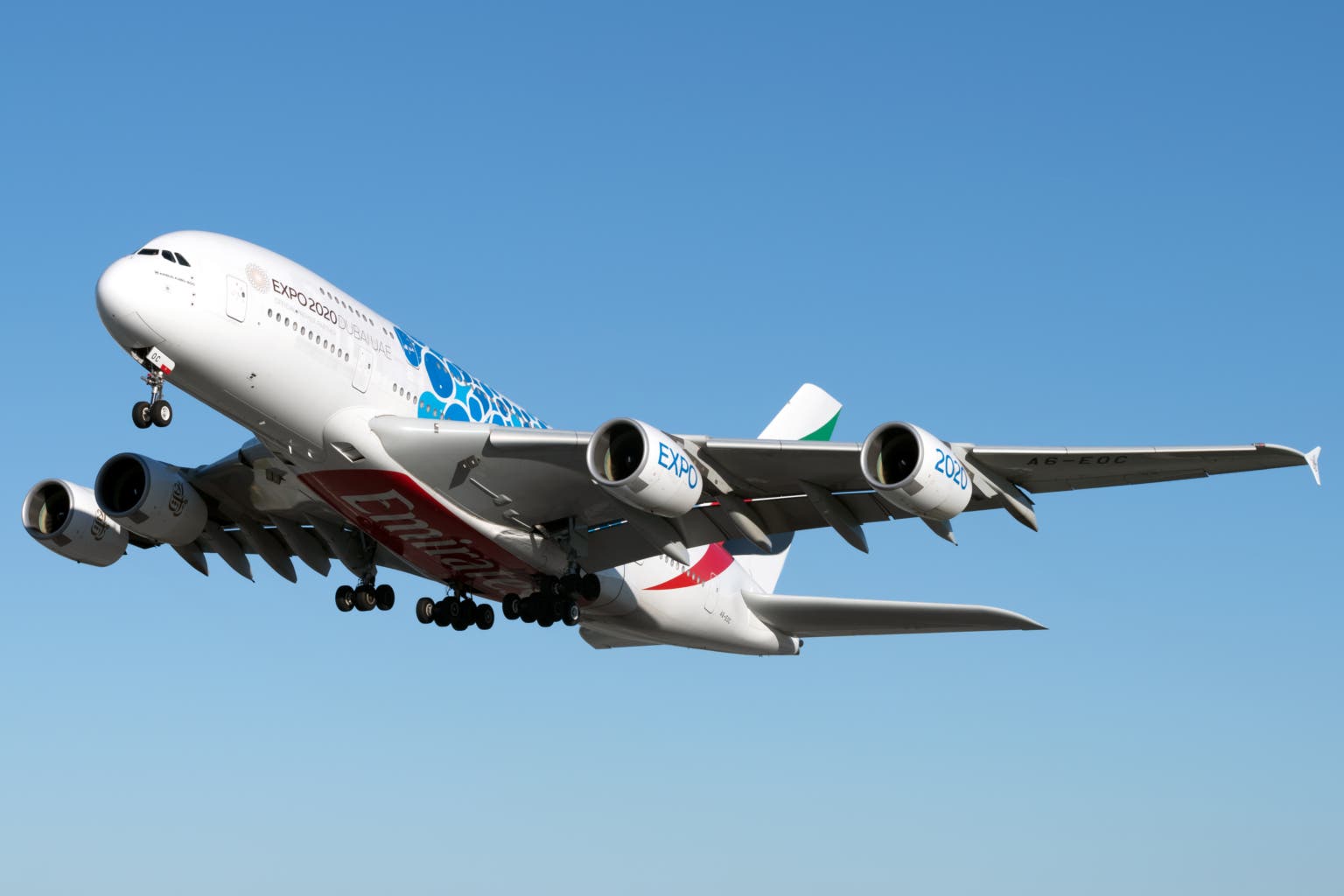 July saw Emirates adding a modest number of destinations to its recovering Airbus A380 network. Unfortunately, the recovery has less oomph in August, with only one new scheduled Airbus A380 destination joining the pack. The airline also has a one-off Airbus A380 flight planned for next week.

Emirates was already the world’s leading Airbus A380 operator before the pandemic. However, with airlines such as Etihad, Lufthansa, and Qatar casting doubt on the type’s future, this is likely to become the case on an increasing basis in the future. This month, Emirates will operate 99% of the total scheduled Airbus A380 flights.

One new scheduled A380 destination

According to schedule information from aviation data experts Cirium, Emirates is only expected to add one regularly scheduled destination to its A380 network in August. As previously reported by Simple Flying, the airline will start flying the giant of the skies to Mauritius from Wednesday. Eight rotations are scheduled to the island destination this month.

While there hasn’t been an enormous increase in destinations, the schedule has increased by 55 flights month on month. The destinations that have seen changes are,

An Olympic A380 special?

There is one new Airbus A380 destination for August that we haven’t mentioned yet. In a week, one of the airline’s Airbus A380s will be heading to Narita Airport, serving the Japanese capital city, Tokyo.

Emirates hasn’t said that the flight is connected to the Olympic games, although this seems almost certain given its timing and one-off nature. The last day of the Olympic Games is Sunday, August 8th, with the closing ceremony ending the 16-day long sporting competition.

The UAE only sent five athletes to this year’s Olympic Games, with athletes required to leave Tokyo within 48 hours of their final event to help control the spread of COVID-19, according to Reuters. As such, it seems more likely that the flight will be operated to allow delegations of other countries returning after the conclusion of the games to transit through the airline’s Dubai mega-hub.

In total, Emirates will operate 99% of all the Airbus A380 flights scheduled for August. Out of 1,123 flights planned with the giant of the skies, the UAE carrier accounts for 1,111. Eight flights are planned by Korean Air. This is a weekly rotation to Guangzhou in China. Additionally, ANA has two return trips to Honolulu planned this month. Next month, while ANA will be absent from the schedule, Korean Air is expected to start ramping up its Airbus A380 operations.

What do you make of Emriates’ August Airbus A380 schedule? Let us know what you think and why in the comments below!