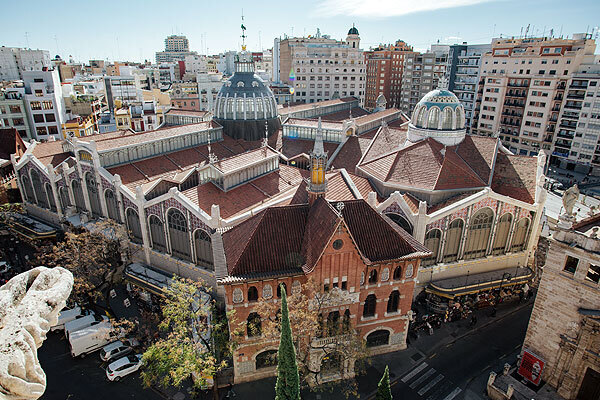 With travel at an uptick thanks to the rapid vaccinations, American travelers are ready to pack their bags and hit the skies to discover new destinations. Valencia, Spain’s third-largest city located on the country’s east coast, is ready to welcome visitors back to the destination with exciting new happenings and celebrations. From commemorating the 25th anniversary of La Lonja de la Seda, one of the three UNESCO designations in the city and celebrating the delectable gastronomy as Spain’s culinary capital for 2021 to opening new boutique hotels, hosting sporting events, and achieving many other notable recognitions, this diverse destination caters to all travelers seeking new experiences on the Spanish coast.

“We have tremendous momentum and achievements in Valencia and are eager to share them with the world,” said Maximo Caletrio, promotions manager for Canada and the U.S. “Here, travelers can immerse in multiple experiences be it rich cultural traditions, fascinating history, celebrated gastronomy, countless events, active outdoors excursions or simply lounging oceanside, Valencia undoubtedly promises a memorable trip for families and friends.”

Below are the top 10 reasons to visit Valencia this year.

1. Spain’s 2021 culinary capital. In addition to being the origin of the famous paella dish, Valencia offers superior culinary indulgences with top-rated restaurants, some of which recently achieved eight Michelin stars including a new recognition, a green star, given to Ricard Camarena Restaurant for its commitment to sustainability and the environment.

2. Three UNESCO World Heritage designations. One of the most famous civil gothic monuments in Europe, La Lonja is an emblematic building originally used for silk trading, hence its name. This year, Valencia celebrates its 25th anniversary. Two other emblematic traditions in Valencia recognized by UNESCO are the Water Tribunal, or court system, which has existed for one thousand years and continues to today with a meeting every Thursday at midday to settle irrigation disputes. Another cultural tradition worthy of its UNESCO recognition is the annual 5-day Falles festival that honors the city’s patron Saint Joseph. The celebration includes parades and parties, culminating with spectacular fireworks and lightshows.

3. Impressive religious relics. As one of the seven Christian holy cities of the world, Valencia is home to one of the most admired relics of the Catholic Church, the Holy Chalice, or Holy Grail, used by Jesus Christ at the Last Supper. The cup has generated the most legends, artistic and literary works, and since 1916 has been displayed at the Chapel of the Holy Chalice in the València Cathedral. This year, Valencia celebrates the Jubilee Year of the Holy Chalice.

4. First city in the world to verify the carbon footprint of its entire tourist activity, certified by AENOR. While some destinations talk the talk, Valencia does the walking – literally. It is a pioneer in implementing a sustainable tourism strategy and became the first city in the world to verify its carbon emissions for tourism-related activities, which was part of its commitment to be a carbon-neutral destination by 2025. Eco-conscious travelers can celebrate this feat by visiting the Albufera National Park, which celebrates its 35th official year as a Natural Park, the Turia Gardens and the Viveros spaces that act as the green lungs of the city, or one of the European Blue Flag status beaches along nearly 13 miles of coast.

5. Ranked best city in the world for expats according to the annual Expat Insider Survey by InterNations. The city’s affordable healthcare, low cost of living and agreeable climate all contribute to its top ranking. Several properties cater to those seeking ‘work-cations’ or extended-stay with packages that have added perks such as office space and Spanish lessons.

6. Multiple events commemorating key accomplishments. Among the occasions include a line-up of events and exhibits to recognize the 100th anniversary of the birth the Valencian film director Luis Garcia Berlanga and celebrate his legacy. Another accolade, which is a result of the city’s longstanding design legacy, is that Valencia has been named the World Design Capital for 2022 by the World Design Organization (WDO). With numerous impressive examples of architecture and infrastructure, there is much to see such as the ultra-modern scientific and cultural complex, the City of Arts and Sciences.

7. An ideal destination for sporting enthusiasts. Thanks to its climate, landscapes and coastal location, Valencia has a robust sporting agenda for spectators and partakers. From marathons and triathlons, Moto GP and road cycling to tennis tournaments such as the BBVA Women’s Open, football featuring Valencia FC and Levante UD, golf and regattas such as the Her Majesty the Queen’s Trophy organized by the Royal Yacht Club of Valencia, the options are endless. The city is currently hosting the women’s semi-final and final of Eurobasket 2021. In September, the European Triathlon Championship, where athletes, including elite category, will compete at the Marina de Valencia so as through the main avenues of the city’s beachfront.

8. Valencia is proud to be sensitive and welcoming to all its visitors including the LGBT+ community. The city celebrates diversity and equality with several annual events.  Its most proud occasion of late was becoming one of the three shortlisted cities to host the Gay Games XII 2026, which despite its name, are competitions open to anyone regardless of sex, race or ethnic origin, disability, sexual orientation or religion.

9. New boutique hotels. From beachfront bolt holes to converted historical palaces in the Old Town, Valencia surprises with its unique options for stays. Among the newest properties are Only YOU Hotel València, the third property in the Only YOU portfolio that boasts an urban lifestyle concept with eclectic interiors; Puerta Serranos Hotel that blends modern Mediterranean elegance and charm with a highly desirable location in the middle of Blanquerías street, next to the 14th century Torres de Serranos; and Axel Hotel València, a former historical manor house located in the heart of the city’s nightlife in Carmen neighborhood.

10. Easily accessible and uncrowded. A quick stop over less than three hours from main cities in Europe, travelers can easily be transported to this coastal city. Valencia presents the perfect combination of stunning contemporary architecture, old world charm, white sand beaches, vibrant festivals and events, and a rich gastronomic heritage. Right outside of the city, the region is surrounded with verdant mountains, rice fields, freshwater lagoons, historic villages and a coastline stretching nearly 78 miles, including the Costa del Azahar, also known as the Orange Blossom coast, and the Costa Blanca.