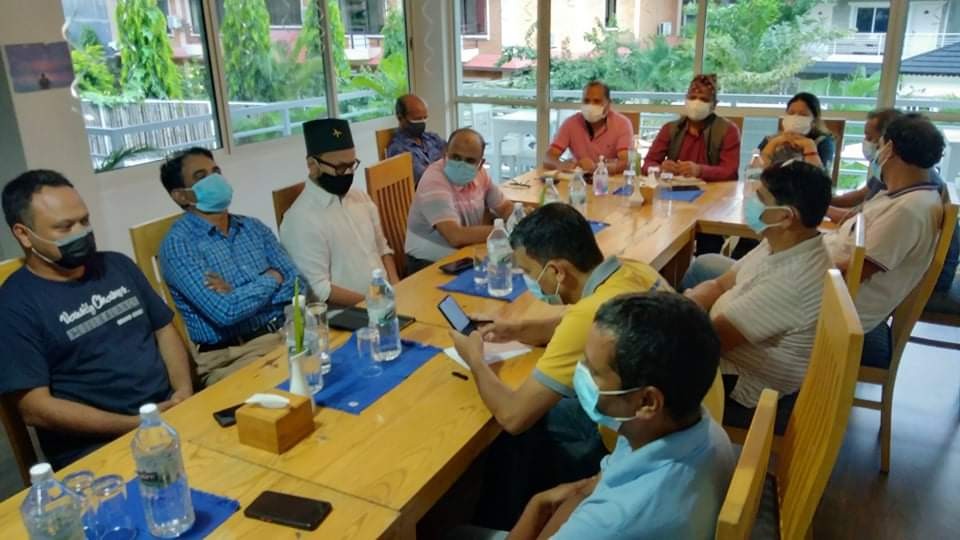 Nepal Association of Tour and Travel Agents (NATTA) — Gandaki Province had a discussion with the representatives from Biman Bangladesh regarding the prospects of a direct connection between Pokhara, Nepal and Dhaka, Bangladesh on a program held on 23rd of July, 2021 on Pokhara.

The country manager of Biman Bangladesh, Ashisur Rahman expressed his views that a direct flight connection between Pokhara and Dhaka would be really effective, and highlighted the fact that Bangladeshi citizens are highly attracted towards the natural beauty of Pokhara on a tourism perspective.

President of Pokhara Tourism Council, Mr. Gopi Bhattarai says if Nepal could attract just 10% of the 160 million population of Bangladesh as tourists, it would mean a huge prolongation for the tourism in Nepal. The president of NATTA — Gandaki Province Mr. Sanjaya Kant Sigdel assured to make necessary initiatives with the government regarding the operations of the flights.

Similarly, the president of Western Regional Hotel Association, Mr. Bikal Tulachan added that among the 50,000 Bangladeshi tourists that visit Nepal every year, 20,000 of them visit Pokhara and these sorts of direct flights will be a very important addition. Mr. Ganesh Bahadur Bhattarai, past president of Pokhara Tourism Council expressed his views on reviving the tourism industry with vaccination as quickly as possible is a must. Mr. Basu Tripathi, past president of NATTA Gandaki also agrees on the increase of attraction of Bangladeshi tourists in Pokhara, and direct flights will be definitely be fruitful.