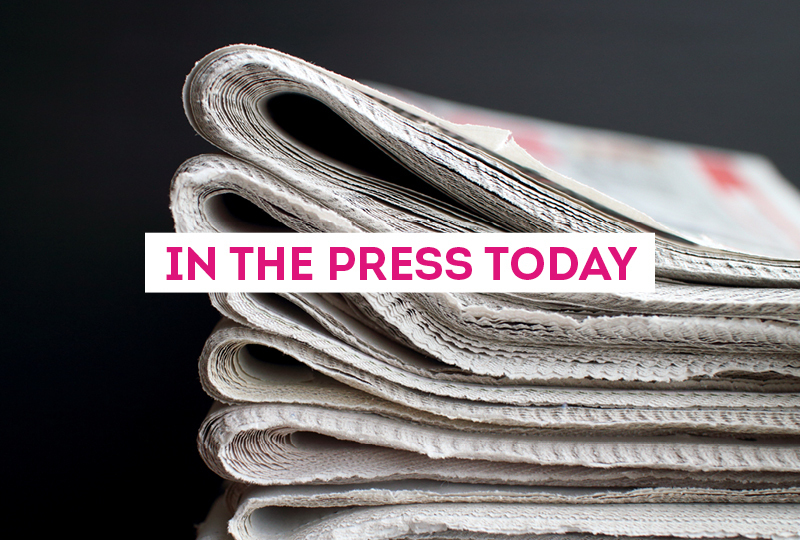 Several national titles hinted at an imminent announcement on changes to the UK’s quarantine regime for fully vaccinated travellers.

Meanwhile, there are calls for more support for affected industries, while the Scottish government is set to announce more restrictions.

Here are the stories making the national headlines on Tuesday (22 June).

Travel restrictions to be reviewed on Thursday

Ministers are set to announce an overhaul of travel restrictions on Thursday. They are likely to unveil plans to exempt travellers with both jabs from the 10-day quarantine required after visiting amber destinations. However, government sources have indicated only a handful of countries will be added to the green list. (The Times)

A study by Labour has said the industries most affected by Covid will need to find almost £50 million to cover wages once furlough is reduced on 1 July. Firms which are forced to remain closed or face limited trading will need extra support, the study says. (The Guardian)

Pressure mounts on ministers to add to the green list

Ministers are being urged to add more destinations to the green list after data showed fewer than one in 200 people returning from amber list destinations tested positive for coronavirus. (City AM)

Scotland to confirm delay to ending of restrictions

Nicola Sturgeon is expected to extend Covid restrictions beyond the original 28 June date later today. The delay will be to allow more people to be vaccinated. A continuation until at least mid-July is expected along with a review of social distancing rules. (BBC)

Britain’s aviation sector is setting 10 and 20-year targets to cut carbon emissions to reinforce its pledge to move to net zero CO2 by 2050. Airlines, airports and others have come together under the Sustainable Aviation alliance in a pledge to be announced today. (Financial Times)

Commuters have hit out at new flexible rail season tickets, saying many offer little or no savings. The tickets are designed for those who will work partly at home once normality resumes, but the reaction from commuters has been generally unfavourable, with many saying the savings are not enough and the concept is “useless”. (Metro)

Amsterdam crumbles into its canals

Amsterdam is having to rebuild 125 miles of its canals due to the damage done by tourist boats, cars and lorries. The city was built on a former swamp using wood pilings and many of the foundations now need replacing. Maintenance is needed on 850 bridges and 125 miles of canal walls. (Telegraph)