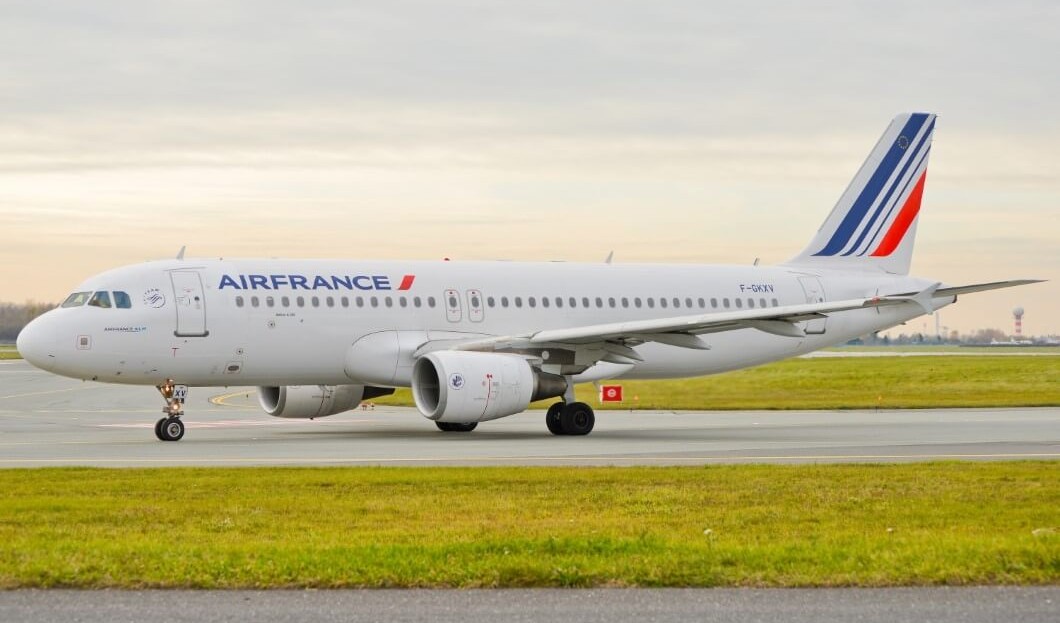 France’s first long-haul flight using sustainable jet fuel made from used cooking oil took off from Paris on May 18, 2021, bound for Montreal. This is a new step towards the “decarbonization of air transport”, jointly achieved by Air France-KLM, Total, ADP Group and Airbus.

This Air France 342 flight took off at 3:40 p.m. on Tuesday, May 18, 2021, from Terminal 2E at Paris-Charles de Gaulle Airport to Montreal, Canada, “carrying for the first time in its tanks sustainable jet fuel produced by Total in its French plants,” according to a release.

The flight is a concrete expression of the four groups’ shared ambition to decarbonize air transport and develop a French production chain for sustainable aviation fuels, which is an essential prerequisite for their widespread use in French airports.

The biofuel used for this flight is made from waste and residues from the circular economy. It was produced by Total from used cooking oil at its biorefinery without using any virgin vegetable oil.

This first SAF “Made in France” has been certified ISCC-EU by the International Sustainability & Carbon Certification, an independent body that guarantees its sustainability. Its incorporation of 16% on this flight avoided the emission of 20 tons of CO2.

French legislation now provides for the incorporation of 1% of this type of biofuel on all flights departing from France starting in 2022, ahead of the ambition of gradual incorporation (up to 2% by 2025 and 5% by 2030) that will be carried out as part of the European “Green Deal”.

In response to this change in legislation, Total will also produce sustainable aviation biofuels starting in 2024 from its petroleum-free platform in Grandpuits (Seine-et-Marne).

“This flight also illustrates the complementary nature of the levers for reducing our environmental footprint: sustainable air-fuel, the latest generation aircraft and electrification of ground operations.

The flight was operated with an Airbus A350, which consumes 25% less fuel than the aircraft it replaces. The aircraft was fueled by the first 100% electric refuelling truck, developed in France with the expertise of Total, and all the ground equipment used by Air France was also entirely powered by electricity,” the press release states.

While KLM made the first flight with SAF as early as 2009, since then the AF-KLM Group has increased its innovative programs, including 78 Air France flights between 2014 and 2016 with 10% SAF in collaboration with a Total subsidiary.

This experimentation has demonstrated that the use of sustainable jet fuel has no impact on the reliability of airline operations. The Air France-KLM Group intends to strengthen its leadership in sustainable aviation fuel in the coming years, while joining in research on the aircraft of the future.

In parallel with this operation, Airbus is conducting several series of tests to certify airliners with 100% sustainable aviation biofuel in the coming decades.

Dedicated SAF refuelling stations have also been installed at its industrial sites, enabling Airbus to use this type of fuel in its production operations as well as during aircraft deliveries. These facilities are part of the Airbus group’s ambition to decarbonize its entire industrial activity.