Gulf Air launches ‘A Class of Our Own’ new slogan

ITB Asia Is Back with Physical Event 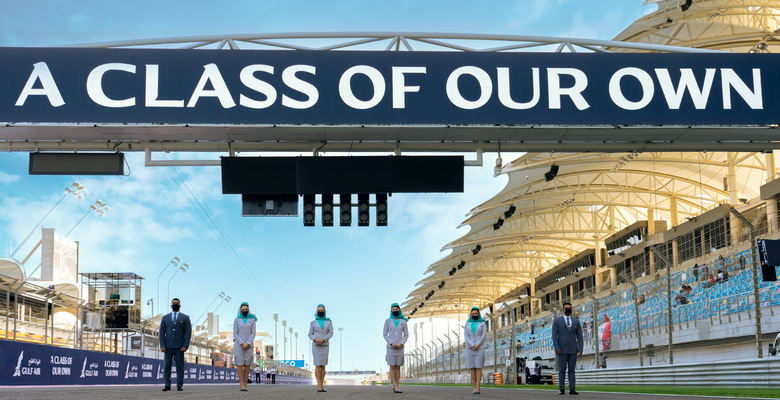 Gulf Air, the national carrier of the Kingdom of Bahrain, recently launched its new slogan ‘A class of our own’ during the 2021 Formula 1 Gulf Air Bahrain Grand Prix which served as a local as well as an international platform to unveil the slogan to the worldwide audience of the Formula 1 season opener. In line with the airline’s boutique strategy and digital transformation journey, the new slogan is a celebration of Gulf Air’s achievements of the past 70 years.

Elevating its APEX star rating from 4 to 5 stars, the new slogan represents and embodies Gulf Air’s individuality and ambition to be the best in class while adding its unique touch to its products and services. As the aviation industry takes in stride the changes to traditional ways of travel, the launch of the new slogan marks the airline’s adaptation and commitment to prioritise the needs and concerns of its passengers in the new era of future of contemporary travel.

Speaking of the new slogan, Gulf Air’s Acting Chief Executive Officer Captain Waleed AlAlawi said: “Our unique Falcon Gold class, which blends in the conventional business and first class, and our upgraded economy class in the new fleet, which can be classified as premium economy comparing to some of our competitors, they both represent why we are ‘a class of our own’. After a challenging 2020, we’ve had an exciting and ambitious first quarter of 2021 which included the unveiling of the new Bahrain International Airport passenger terminal building and our own brand new Falcon Gold lounge. Arabian hospitality is at the core of our business and with our boutique strategy being applied along every step of our passengers’ journeys, we will always be a class of our own”.

Last year the airline celebrated its 70th anniversary, re-introduced its iconic vintage livery on several aircraft types of its fleet and showcased its rich history in a museum that was available for the public to visit.