Spain, Portugal and Dominica are the destinations for health-conscious investors 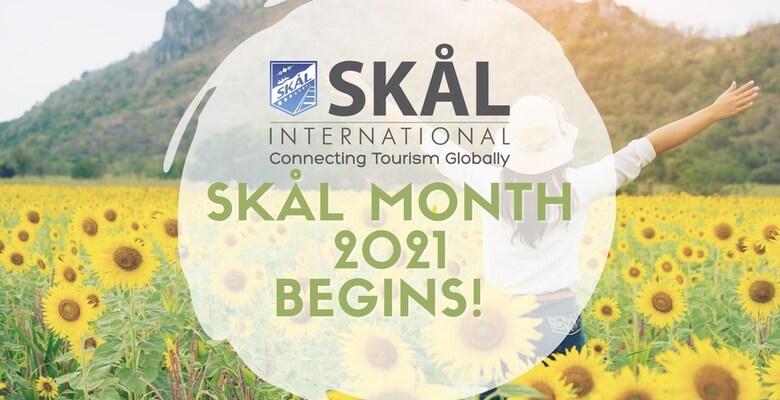 First Skal Club was established in 1932 in Paris, France. After its foundation, the Club was promoted by the friendship between a group of Parisian Travel Agents who several transport companies invited to present a new aircraft destined for the Amsterdam-Copenhagen-Malmo flight.

April 2021 Skal Month Celebrations Begin on April 6, 2021
The idea of International friendship between Tourism Professionals grew, and by early 1934 there were already 12 Clubs formed in five countries. It was then that the idea arose to create a partnership that brings together all the Clubs, to foster goodwill and friendship in the Travel and Transport sectors around the World.

The ‘Association Internationale des Skål Clubs’ (AISC) was established on April 28th, 1934, at the Hotel Scribe in Paris, in a General Assembly composed of 21 delegates, representatives of 11 clubs, plus two observers from London, who together elected Executive Committee, under the chairmanship of Florimond Volckaert.

Since then, April 28th has been celebrated around the globe as World Skal Day. Today, Skal is present in over 100 countries with over 335 clubs and almost 13,000 members.

“Our founding fathers had a vision of a strong, connected tourism industry built on friendship to promote travel amongst member countries. This was the basic value of Skål, the ties that bind us together, AND they are as important today as they were in our infancy.” said Bill Rheaume, Skal International World President, 2021.

At its 89th Anniversary, SI World President Bill Rheaume and the Executive Board have decided to dedicate the entire month of April for Skal, aka ‘Doing Business Among Friends’ celebrations. As traveling and person meeting restrictions continue, the Clubs are invited to celebrate and showcase their Club and their city via Online Zoom meetings. Over 25 Clubs from 25 different cities worldwide will be showcasing their destination during 60-minute presentations booked throughout April. The online meeting schedule is posted on Skal international website and Social media platforms. All meetings dedicated to Skal celebrations will be open to public participation in April 2021.

The initial Kick-off meeting for the Skal Month Celebrations will take place on April 6th at 15.00 pm CET where the Executive Board will host the global membership on a special Zoom meeting led by SI World President Bill Rheaume and SI CEO Daniela Otero to conduct the famous Skal toast in three official languages.

“To address the current challenges facing the tourism sector, we must nurture our rich history as an organization. Skal International, with its nine decades of experience in the sector, with partners who possess valuable expertise, and use our global Skal network, continues to address today’s challenges and forge a better future,” said Daniela Otero, CEO, Skal International.

Skal International is the World’s largest global network of Tourism Professionals promoting Tourism, Business, and Friendship. Its members are Directors and Executives of the Tourism sector who relate to each other to address common interest issues, improve a business network, and promote destinations.