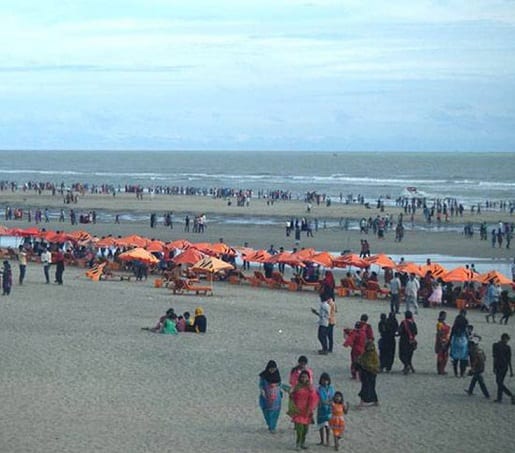 The Cox’s Bazar district administration has ordered closure of all tourist attractions in the beach town in the face of a new wave of coronavirus infections throughout Bangladesh.

Cox’s Bazar tourist hubs are located in this town on the southeast coast of Bangladesh and is known as a tourism center with a long sandy beachfront stretching from Sea Beach in the north to Kolatoli Beach in the south.

Deputy Commissioner Md Mamunur Rashid communicated the move to close all tourist attractions in Cox’s Bazar in an announcement made around 8:45 pm yesterday, Thursday, April 1, 2021. The Deputy Commissioner said that the Tourism Ministry sent a directive to the District Administration yesterday evening following the resurgence of coronavirus infections in the country.

The Cox’s Bazar tourist spots had been closed in mid-March last year after the detection of the first cases. The government ordered all agencies, including the Tourist Police, to take action as per the directive.

The directive ordered closure of all tourist spots in Cox’s Bazar until April 14. Initially all hotels and motels were to close, but Mamunur later confirmed that they will be able to keep guests at half capacity.

Tourists are not being allowed on the beach as the authorities close it and tourism-related businesses, such as jet ski rentals, said Mohammad Mohiuddin Ahmed, an additional superintendent of police.

Just this past February, Cox’s Bazar welcomed around one million tourists in the third weekend of the month with more than 400 hotels and resorts already being booked and all air and bus tickets sold out. Even all the tickets for the Saint Martin’s Island-bound ships have also been sold.

In addition to the popular tourist spots such as Laboni, Inani, Himchhori and others, various areas in the coastal district such as Saint Martin’s Island, Dulahazra Safari Park, Radiant Fish World and many others anticipated a massive rush of tourists with significant traffic jams and increase in prices of essentials.

This surge in tourist activity in the Bangladesh town was due to the fact that at that time it was witnessing a fall in the number of daily COVID-19 cases and deaths.