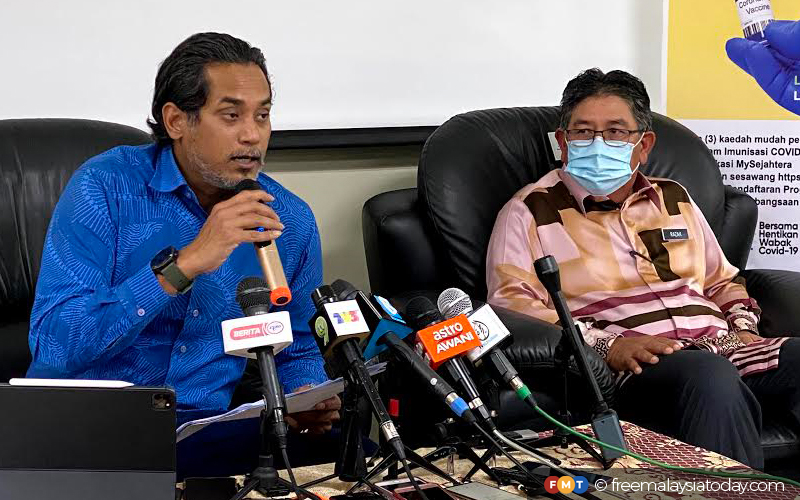 The government is considering lifting travel restrictions as well as making other allowances for those who have taken both doses of the Covid-19 vaccine.

National Covid-19 Immunisation Programme coordinating minister Khairy Jamaluddin said this would be done so as to get more people to register for the vaccines, as just 7.5 million or 30% of the target had been reached to date. The government has targeted 24.2 million people out of the 33.7 million population to receive Covid-19 vaccines by February next year.

“If you have received two doses, you may be allowed some flexibility.

“The health ministry and the Vaccine Supply Access Guarantee Special Committee (JKJAV) will sit down next week to discuss this and study clinical data to see if this can be done,” he said at a press conference here today. Khairy added that while more vaccination centres would be set up across the country, it would be done in tandem with the increase in registrations.

He said currently, some 100,000 to 200,000 people are vaccinated weekly, and by June, the government expects to immunise at least a million people a week. Khairy also said he expects the “wait and see” attitude prevalent among those who have yet to register to change when the second phase of the immunisation programme begins on April 19 for senior citizens and those with chronic illnesses. Earlier, Khairy visited the Caring Society Complex at Scotland Road, which has been turned into a vaccination centre. He said 800 people are being vaccinated daily in the premises over a span of eight hours. He also said those in the northeast district, which is home to Penang’s capital George Town, fell short of the targeted registration numbers. He said in the run-up for the second phase, only 40,000 senior citizens had registered, short of the 100,000 target.

As for those with comorbidities, Khairy revealed that only 38,000 had registered, lower than the 160,000 targeted in the district.

The population of Penang’s northeast district is 549,769, according to data supplied by the health ministry. Of this number, 384,838 (70%) of the population have been targeted to be vaccinated. Penang’s overall population is currently 1.75 million.

Khairy, who is also science, technology and innovation minister, said 10 vaccination centres would be set up in all five districts in the state ahead of the second phase, with the Pesta fairgrounds being one of them.

Meanwhile, when asked about Umno and the party elections which he yesterday proposed be held before the next general election, Khairy said he had yet to decide if he would challenge incumbent Ahmad Zahid Hamidi for the Umno presidency.

In 2018, Khairy contested the presidency with seven others in the ring, including Zahid and Tengku Razaleigh Hamzah.