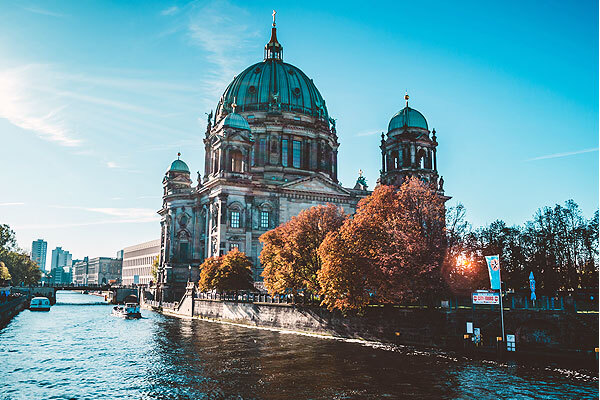 Many people around the world have been sitting at home for months now, becoming increasingly bored every day. While some have already started planning future holidays, others have been day-dreading about destinations to relocate to across Europe.

Moving to another country is one of the best ways to explore the world, immerse yourself in a different culture and perhaps even learn a new language. But you don’t have to spend a fortune to relocate somewhere beautiful in Europe, there are plenty of places where you can live large on a budget.

If you are considering permanently moving to a new place after the coronavirus pandemic, then the research team at Letting Agency Mashroom has revealed the top five European countries where rent is dirt cheap.

Debrecen – €6.40 price per square foot
With an average monthly rental cost of €6.40 per square foot, Debrecen has the least expensive rental rates throughout Europe. Hungary’s second-largest city, Debrecen is known as the Calvinist Rome and has been the nation’s capital on a number of occasions.  The city is home to some of Hungary’s most iconic landmarks such as the Great Reformed Church, Deri Museum and Csokanai Theatre. There are plenty of reasons to relocate to Debrecen, but the warmth and openness of the Debreceni locals are what keeps drawing the international tourists back each year.

Gyor – €6.50 price per square foot
Located between three capital cities, Gyor is the sixth-largest city in Hungary and one of its seven main regional centres. The city is situated on one of the most important roads of Central Europe, and halfway between Budapest and Vienna.  The central city is composed of narrow winding streets with quirky old houses in an assortment of architectural styles, intertwined with the meandering river channels. The monthly rent in Gyor for an average home hovers around €6.50 per square foot.

Ostrava –  €6.60 price per square foot
Ostrava is the third-largest city in the Czech Republic with a population of around 297,400. With an average monthly rental cost of €6.60 per square foot, the city has the third-least expensive rental across Europe, making it the perfect location to relocate to post-pandemic. Ostrava is home to two mining attractions, as well as the Masaryk Square, Silesian Ostrava Castle and the Cez Arena. Hookey is one of the most supported sports in the Czech Republic, and the Cez Arena is the perfect place to experience the full atmosphere of a game.

Turin –  €6.90 price per square foot
Turin is located in Northern Italy and is recognised for its refined architecture and cuisine. The city is often overshadowed by Italy’s main tourist hotspots, such as Milan and Rome, yet the city is busting with restaurants, incredible nightlife and shopping.  Turin lies in the heart of some of Italy’s most medalled wine country and is resident to incredible coffee shops that double as bars, where drinks come accompanied by plates of snacks. If you’re looking to relocate to a city that’s affordable and fun, then this is the city for you, with rent averaging at a monthly pierce of €6.90 per square foot.

Berlin – €7.30 price per square foot
Germany’s capital, Berlin has the fifth least expensive monthly rental rates in Europe, averaging at €7.30 per square foot. The city is one of the most visited tourist destinations in the whole of Europe and is home to over 3 million inhabitants making it the most populous city of the European Union. Berlin boasts an excessive amount of green space, swimming lakes and has more than 2,500 public parks and gardens dotted across the city, that offer residents an escape from city life. The city offers a dynamic art scene and is considered one of the best European cities for vegans.