New update: Thailand to cut quarantine for vaccinated foreigners to 7 days from April

Greek Tourism Minister Harry Theoharis on Saturday told CNN that he expects an agreement to be made between EU member states on the establishment of a common vaccination certificate to facilitate travel in the post-Covid-19 era.“The idea of the vaccination certificate we have pushed for with the prime minister to allow freedom of movement seems to have caught on,” the Greek minister said during an interview to Richard Quest.

Theoharis highlighted that European Commission President Ursula von der Leyen recently sent letters to prime ministers of EU member states assuring that she supports the idea and that she is intends to take it forward.

“We have initiatives within the EU in order to make the whole process digital and build a trust network so we can exchange valid information at the border… This is the way forward and I think that we are at the verge of having this agreement,” he said. 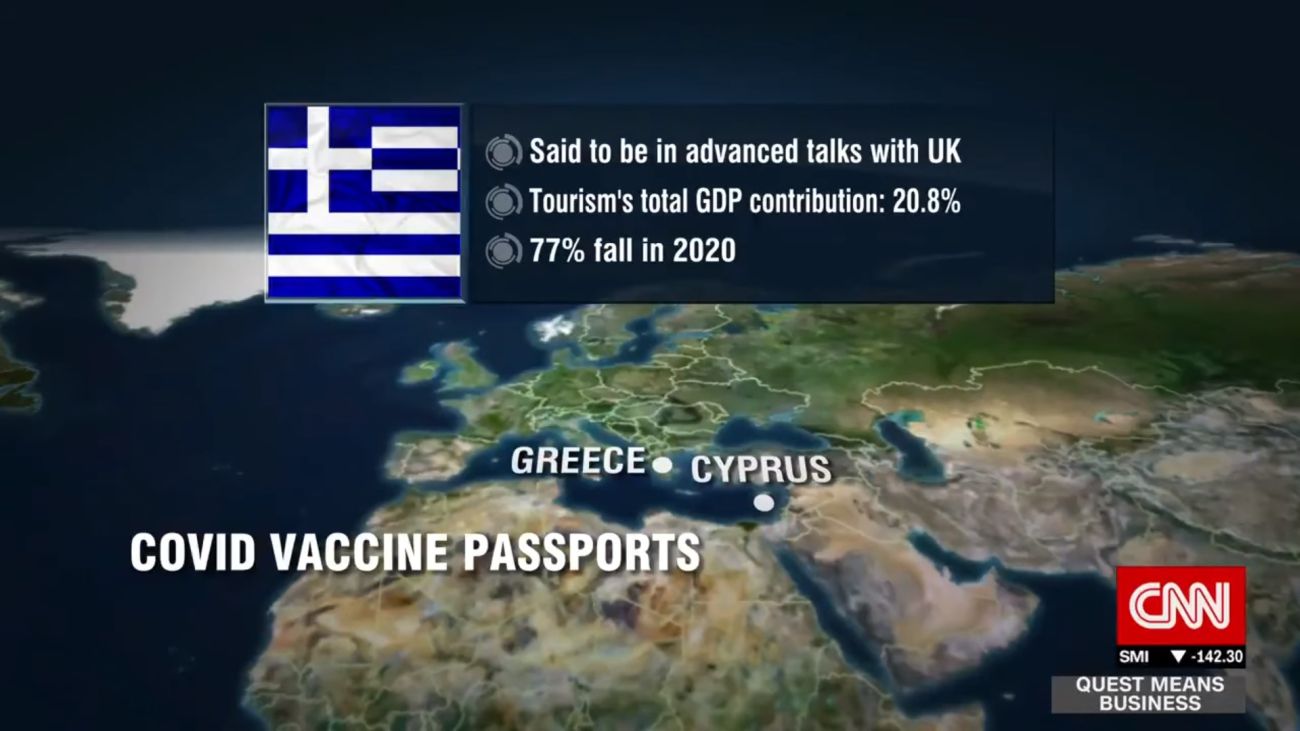 It is reminded that Greece has been leading the call for an EU-wide vaccine certificate to facilitate travel this year. The country, which has already launched a national digital certificate that is currently being used as a medical document, has already struck deals with Israel and Cyprus and is in advanced talks with the UK.

“We do not like to call it a passport because it doesn’t mean that if your not vaccinated you cannot travel,” the minister told CNN. The vaccination certificate is aimed to offer hassle-free travel to vaccinated people. Those with a certificate will not be required to undergo PCR and rapid Covid-19 tests or quarantine when they travel. 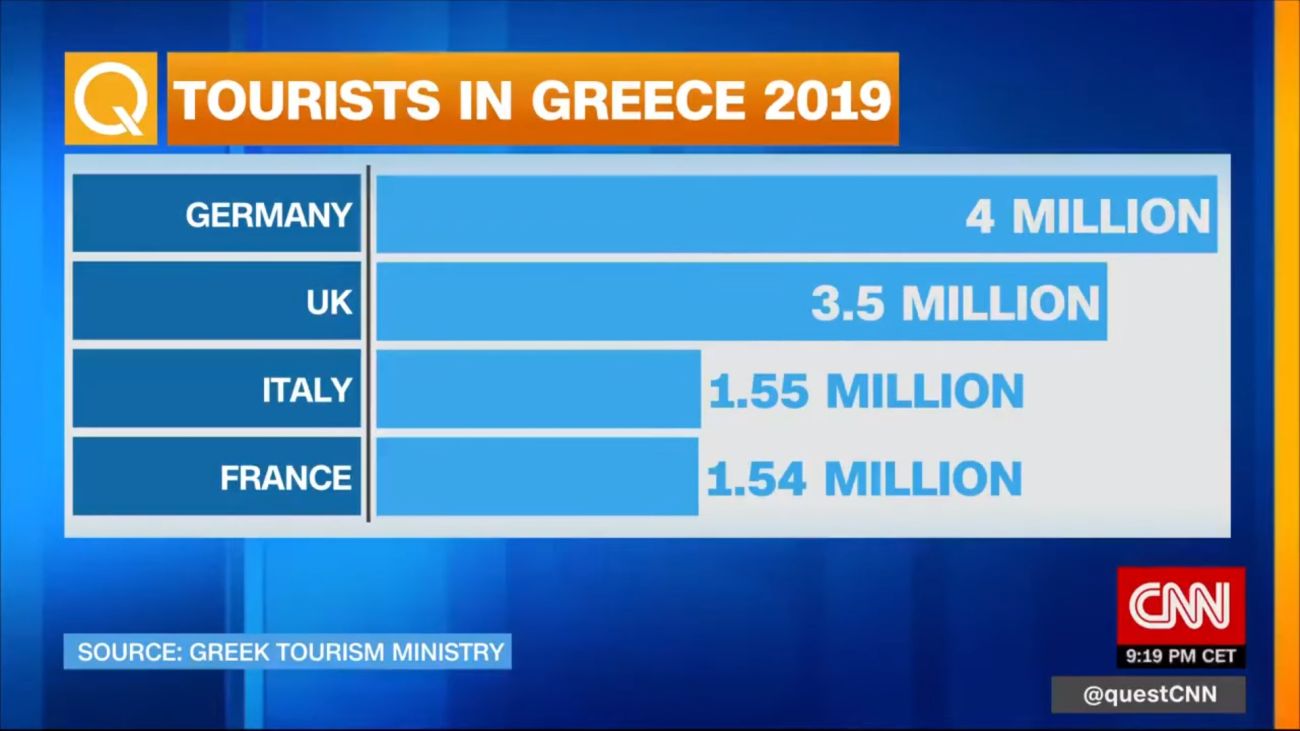 During the interview, the tourism minister also referred to the prospects of Greek tourism for 2021, the expectations, but also the necessary conditions for the opening of the sector.

With regard to the 2021 tourism season, the Greek minister said he expects a positive outcome, underlining that demand for travel will pick up if two conditions are met.

“The first is that the vaccination programs must progress so in each and every country – as the programs progress – the population starts feeling safer and is able to venture out and think about booking holidays,” he said, adding that the second condition calls for clarity about the internal restrictions that will apply in Greece but also in each country. 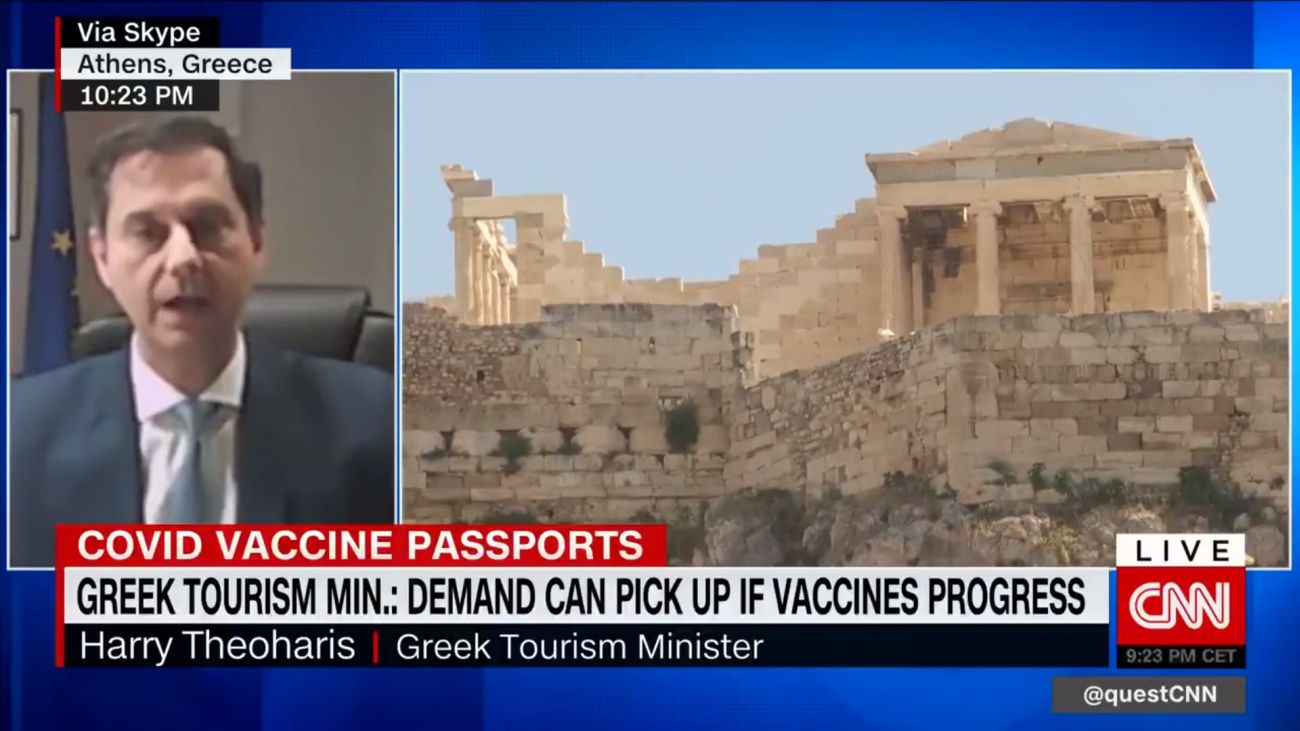 Commenting on the recent data showing that Greece’s economy will contract by 8.2 percent this year (lower than the initial forecast of 10 percent) due to the effects of the coronavirus pandemic, the minister said that a forecast based on real facts is that there will not be a large number of Greek companies that will close down.

“As far as 2021 is concerned, it will certainly be a much better year. Last year we managed to open safely, we managed the situation better than others,” Theoharis said.

Moreover, the minister referred to the strategy, which will include specific health protocols, that will be adopted during this year’s opening of Greek tourism.

“Last year we proved that tourism and the disease can go hand in hand… That we can safely manage the epidemiological situation while we keep the borders open. We are going to do the same this year as well,” the minister said. 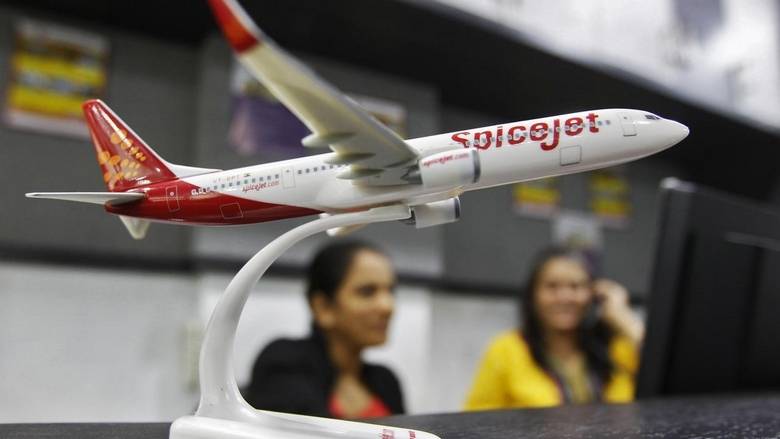