The XVI International travel fair Intourmarket will be held at the Expocentre Fairgrounds two weeks later than previously planned — from April 1 to April 3, 2021

The US online edition of National Geographic initially ran an extensive feature on the museum in December 2020 and then published translated versions in another five of its editions in Spanish, Portuguese, Italian, French and Brazilian.

Launched in the summer of 2020, the Alonissos Underwater Museum offers divers the chance to explore the 5th-century shipwreck of Peristera also known as the “Parthenon of Shipwrecks”. The wreck was discovered in 1985 at a depth of 28 meters with more than 3,000 amphorae in tact.

“The unusual site, which preserves an ancient shipwreck, aims to lure future visitors; it could become a model for how to make tourism more sustainable in the post-pandemic era,” she says. 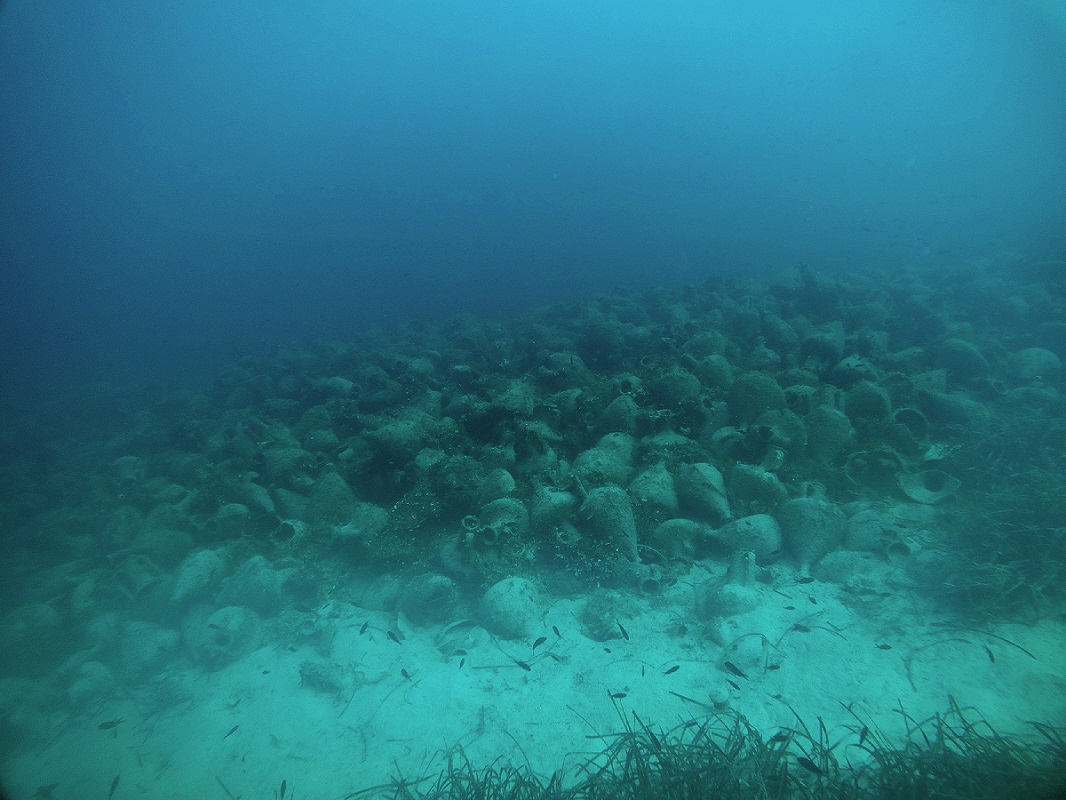 The shipwreck near the islet of Peristera, east of Alonissos.

According to Atmatzidou, the underwater monument is considered unique as it is part of the National Marine Park of Alonissos and Northern Sporades – the largest such park in Europe.

She also refers to the island’s information center, where visitors can learn more about the underwater museum through augmented reality tours.

“Our aim is for Alonissos to become a prime diving destination in Greece. The municipality’s collaboration with prestigious journalists – including Maria Atmatziou – supports our efforts to promote Alonissos’ natural and underwater rich environment globally,” Mayor Petros Vafinis said.

The Alonissos Underwater Museum was developed by the Region of Thessaly, the Municipality of Alonissos and the Culture Ministry’s Ephorate of Underwater Antiquities.