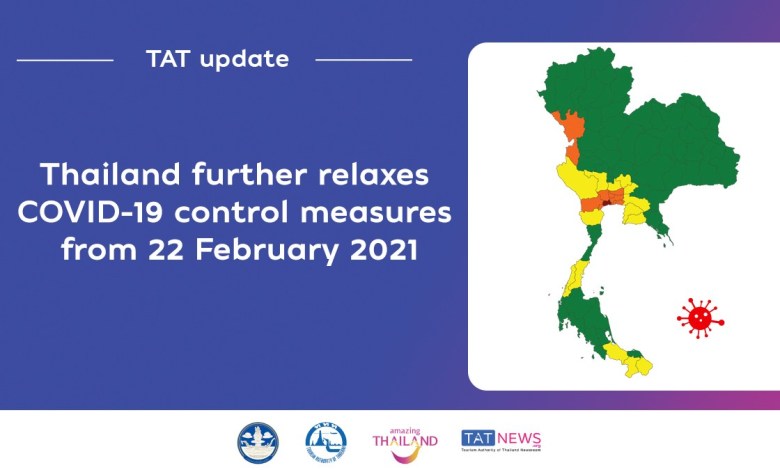 The Tourism Authority of Thailand would like to provide the latest update regarding the Royal Thai Government’s announcement on further relaxing the COVID-19 control restrictions in more provinces.

Effective from 22 February, 2021, the government has adjusted the classification of formerly five areas to currently four areas in line with the improvement in the COVID-19 situation in the country.