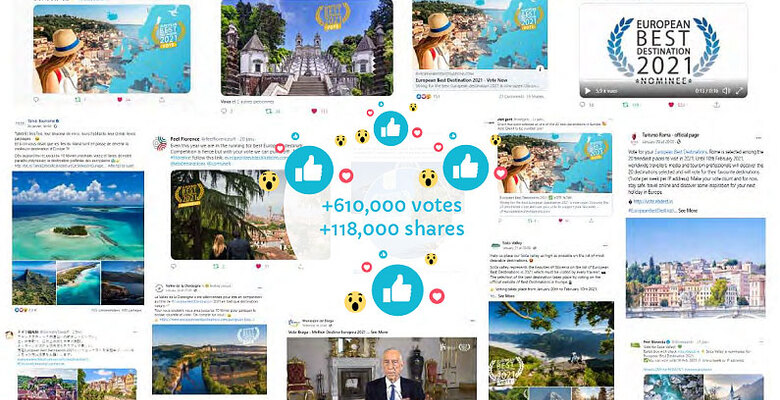 European Best Destinations, has been promoting culture and tourism in Europe to millions of travellers but also to tourism professionals and the media.

“Thanks to a partnership with more than 300 tourism offices in Europe and the EDEN Network created by the European Commission, thanks to your trust and cooperation, European Best Destinations is, for the ninth year in a row, the most visited website dedicated to travel in Europe.”

This very special year they asked travellers a simple question to which more than 600,000 travellers from 192 countries around the world answered.

Where would you like to go on holiday in Europe as soon as it is safe to travel?

More than ever, this edition highlights destinations that travellers have put at the top of their wishlist. Places that they are eager to discover when the health situation allows.

Like every year the competition was fierce with only 21 days of online votes from 20th January to 10th February to determine the ranking of the trendiest destinations in Europe that will be promoted throughout the year to millions of travellers and will be able to display the title “European Best Destinations”.