WTTC calls for focus on individual travellers to boost safety 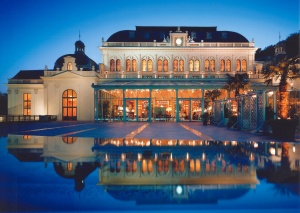 Land-based casinos have existed for more than a century. But, they have been facing stiff competition from online casinos of late. Many countries have passed laws that govern different casinos to collect taxes and protect gamblers. Modern brick and mortar casinos have slot machines and offer various table games. Here are the world’s seven best land-based casinos today.

1. Casino Baden-Baden, Germany
Many gamers overlook Germany when they are looking for a new online casino with interesting games. Still, the country has several cool casinos. The Palace of Versailles inspired the construction of Casino Baden-Baden several centuries ago. It attracted European tycoons in the nineteenth century including the French aristocracy members. The casino prohibits casual outfits but you can wear classic clothes.

3. City of Dreams, Macau
City of Dreams is the leading American-designed land-based casino in Asia. It is on the Cotai Strip and has 450 table games, 1514 electronic games, 20 restaurants and bars, 1,400 suites between Grand Hyatt, Hard Rock, and the Crown Towers Hotel. Also, City of Dreams has 420,000 square feet of gaming space.

4. The Cosmopolitan of Las Vegas
The casino is located on 3708 Las Vegas Boulevard South, Nevada and it is fondly called The Cosmo. It has the Marquee Nightclub & Dayclub. The Cosmo has a high-end hotel that is often among the top hotels globally. It has 2,995 luxurious suites and 111,000 square feet for gaming.

6. Bellagio, Las Vegas
Bellagio is on 3600 Las Vegas Boulevard South and it started operating in the early 2000s. It often hosts Hollywood stars and tourists who want to take photos at the fountain. The casino has a poker room, racebook, sportsbook, 116,000 square feet for gaming, the O show, and a Fine Art gallery. Also, the Bellagio has The Bank Nightclub, five-star dining, and 3,950 hotel rooms.

7. Marina Bay Sands, Singapore
The Marina Bay Sands is located on 10 Bayfront Avenue, 018596. It has three parallel towers linked by a rooftop park that offers a spectacular view of Singapore. Also, it has a spa, skating, an ArtScience Museum, Broadway-grade shows, 2,561 luxurious hotel rooms, and 60 restaurants. Its 160,000 square feet gaming floor has 500 tables and offers 2,300 electronic games. The Marina Bay Sands requires Singaporeans to buy a permit to access its gaming space.
Land-based casinos like Casino Baden-Baden, Wynn Las Vegas, City of Dreams, The Cosmopolitan of Las Vegas, Aria Resort and Casino, Bellagio, and Marina Bay Sands provide full-fledged entertainment including epic shows and palatial accommodations. Some modern casinos have circuses and theme parks that attract pundits from all over the world.