UAE reopens its borders to Qatar: How this affects gulf tourism 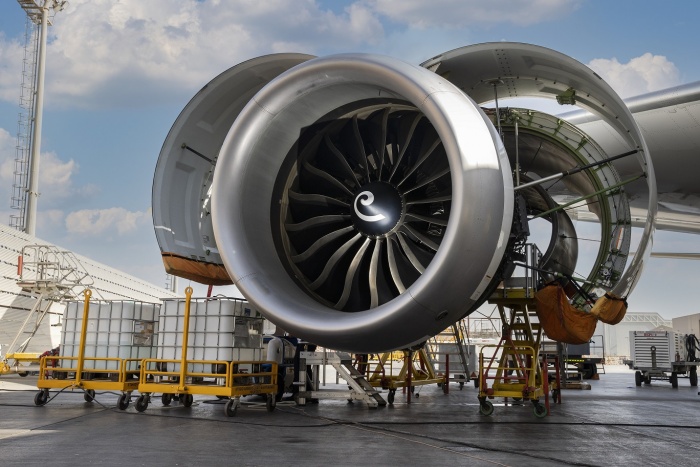 The product is designed to optimise performance of Etihad’s GE90 and GEnx-1B engines on its Boeing 777 and 787 fleets.

Working with Etihad as a launch partner for the Etihad Greenliner programme to innovate, develop and test aviation decarbonization technologies, GE has awarded Etihad technical licenses to use GE’s patented 360 Foam Wash system on its GE90 and GEnx-1B aircraft engines.

These technical licenses allow Etihad Airways to perform the engine foam wash on its fleet of 777 and 787 aircraft completely in-house.

GE’s 360 Foam Wash is an alternative to the water wash method, and restores engine performance leading to reductions in fuel consumption.

The process involves injecting a specially-formulated, proprietary solution that removes dust and dirt particles in the engine.

The system is self-contained, allowing it to be used inside maintenance hangars or outdoors.

The airline’s collaboration in the trial process was important to the product’s development, contributing to GE’s data collection and analysis, and improving reliability of 360 Foam Wash equipment.

“We are learning more about how our engines operate and how they respond in hot and harsh environments than ever before, and our longstanding relationship with Etihad has been integral to that process. The research that has gone into producing GE’s 360 Foam Wash is a shining example of that.”

During technology trials with its GE90 and GEnx engines, the foam wash solution allowed Etihad to improve engine performance by reducing build-up of deposits in the engine, lowering engine exhaust temperatures, and improving engine compressor efficiency.

These improvements led to reduced fuel consumption and increased engine time on wing.