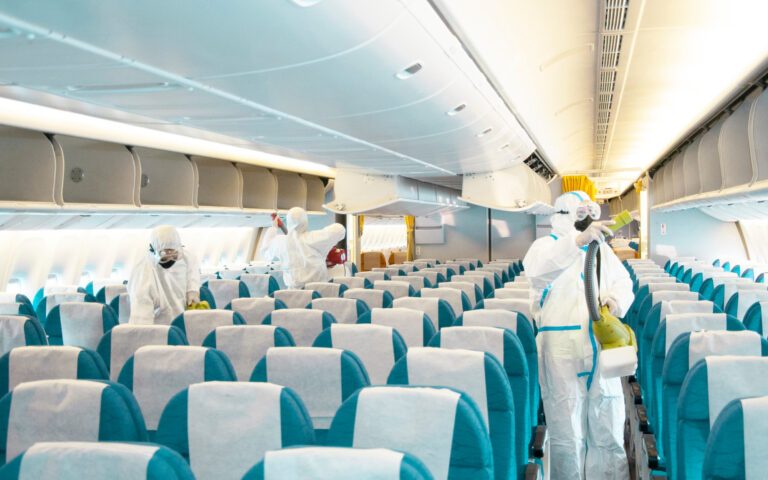 A new report from the UN agency for civil aviation has confirmed that international passenger traffic suffered a dramatic 60% drop over 2020, bringing air travel totals back to 2003 levels. The International Civil Aviation Organisation (ICAO) reported that as seat capacity fell by 50% last year, passenger totals dropped by 60% with just 1.8 billion passengers taking to the air during the first year of the pandemic, compared to 4.5 billion in 2019.

The pandemic plunge in air travel demand began in January of 2020 but was limited to only a few countries. As the virus continued its global spread, however, air transport activities came to a virtual standstill by the end of March. With the wide-scale lockdown measures, border closures, and travel restrictions being set out around the world, by April the overall number of passengers had fallen 92% from 2019 levels, an average of the 98% drop-off seen in international traffic and 87% fall in domestic air travel.

Subsequent to the April low point being reached, passenger traffic saw a moderate rebound during the summer travel period.

That upward trend was short-lived, however, stalling and then taking a turn for the worse in September when the second wave of infection in many regions prompted the reintroduction of restrictive measures. Sectoral recovery became more vulnerable and volatile again during the last four months of 2020, indicating an overall double-dip recession for the year.

ICAO also reported that there has been a persistent disparity between domestic and international air travel impacts resulting from the more stringent international measures in force. It said that domestic travel demonstrated stronger resilience and dominated traffic recovery scenarios, particularly in China and the Russian Federation where domestic passenger numbers have already returned to the pre-pandemic levels.