10 of the best virtual travel experiences for 2021 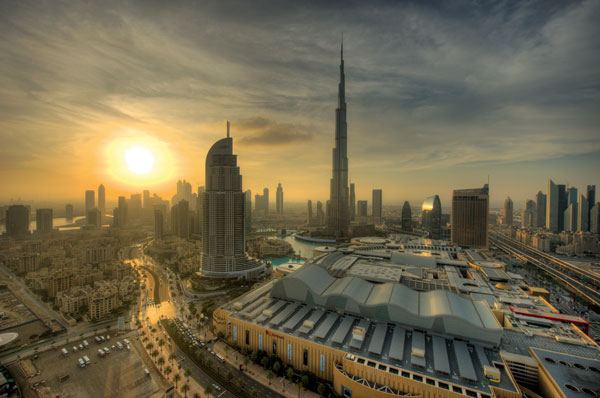 The United Arab Emirates will be taken off the UK’s travel corridor list, meaning travellers returning from the destination will have to quarantine for 10 days.

Transport secretary Grant Shapps made the announcement on Twitter shortly after 7.30pm on Monday (January 11).

It means that from 4am on January 12, travellers arriving in England, Wales, Scotland and Northern Ireland from Abu Dhabi, Dubai, Ajman, Fujairah, Umm Al-Quwain, Sharjah and Ras Al Khaimah must self-isolate for 10 days.

Dubai in particular had been a popular destination over the winter, having been added to the government’s list of travel corridors in November, and had provided a vital market for travel companies operating on little income as a result of Covid restrictions.

Shapps tweeted: “The LATEST data indicates we need to immediately remove the #UAEfrom the #TRAVELCORRIDOR list. From 0400 Tuesday 12 Jan anyone arriving from the UAE will need to SELF-ISOLATE.”

In a follow-up tweet, he added: “REMINDER: Current NATIONAL RESTRICTIONS do not permit international travel other than for specific reasons. Ignoring the rules costs lives. Inconsiderate and selfish behaviour puts others at risk & is unfair to those following the rules to beat the virus. Stay at home. Save lives.”

His tweets followed an announcement yesterday that Dubai was to be removed from Scotland’s ‘safe’ travel list at 4am today.

News about the closure of the air corridor also follows controversy about high-profile visits to the Gulf state by footballers and social media influencers.

Celtic player Christopher Jullien tested positive after a training camp in Dubai, and now the team’s manager and 13 players are having to self-isolate after the positive test, reported the Guardian.

The newspaper also reported that four games in the Women’s Super League have been postponed because of coronavirus outbreaks among players “returning from ill-advised Christmas trips to Dubai”.

The Sun said the Middle Eastern holiday hotspot has been “rammed full of celebrity influencers” such as Gabby Allen, Amber Gill and Molly-Mae Hague.

The Department for Transport said on its website that UAE will be removed from the list of travel corridors “following a concerning increase in confirmed Covid-19 cases”.

“The decision has been made following a significant acceleration in the number of imported cases, along with the number of reported new cases over the past seven days, which have risen in the UAE by 52%,” the statement said.

The statement added: “Passengers arriving from all international destinations, including the UAE, will be required to present a negative COVID-19 test result taken up to three days before departing for England or Scotland to help protect against new strains of coronavirus circulating internationally.

“Passengers will need to present this proof to carriers, along with their passenger locator form. The UK Border Force will conduct spot checks on arrival into England to ensure that passengers are fully compliant.”

The devolved administrations have all taken the same decision today, so travellers arriving from the UAE into all parts of the UK will need to self-isolate.