In Egypt, belly dancers from Eastern Europe and Latin America step into the shoes of locals who increasingly shun the profession

How to earn Marriott Bonvoy points flying Emirates and get Emirates status benefits at Marriott hotels!

A Russian dancer performs during a belly dancing festival in the Egyptian capital, Cairo. Regarded for centuries as the home of belly dancing, Egypt has seen its dance community shrink, largely due to the profession’s increasing notoriety, and the authorities’ broadening crackdown on freedoms.

At a Cairo wedding hall, Russian belly dancer Anastasia Biserova shimmied to the dance floor in a bright, high-slit skirt and an elaborately sequinned bra top.

She swirled her diaphanous pink shawl and glided through the hall as a band pumped out music, while the crowd broke into rapturous applause – all captured in a video posted online.

“There is no country around the world that appreciates belly dancing like Egypt,” she later says. “Here, there is a growing trend to invite foreign belly dancers to weddings, nightclubs and other events.”

Biserova came to Cairo more than four years ago and has built a solid name for herself.

Belly dancers from Eastern Europe, Russia, Latin America and elsewhere have dominated the scene in recent years in Egypt – long regarded as the birthplace of belly dancing.

The North African country has seen its community of home-grown dancers shrink, largely due to the profession’s increasing notoriety as the country has become more conservative over the last half-century – and to a broadening crackdown on freedoms. A Russian dancer performs during a belly dancing festival in the Egyptian capital, Cairo.

The profession took a further hit as Egypt’s novel coronavirus outbreak forced the temporary suspension of large weddings and the shuttering of nightclubs – though many dancers continued to enthral audiences with online videos.

Belly dancer Maria Lurdiana Alves Tejas says it took her some time to come to terms with Egyptians’ conflicted view of her profession.

The Brazilian, known as Lurdiana, says she had performed to enthusiastic crowds at weddings and nightclubs, and had even taught at gym classes.

“But there are some who do not see me as a professional – or [who think] that I did not have a proper education and am only doing this to show my body for money,” she says.

“It was very difficult and sad because I spent years learning.” 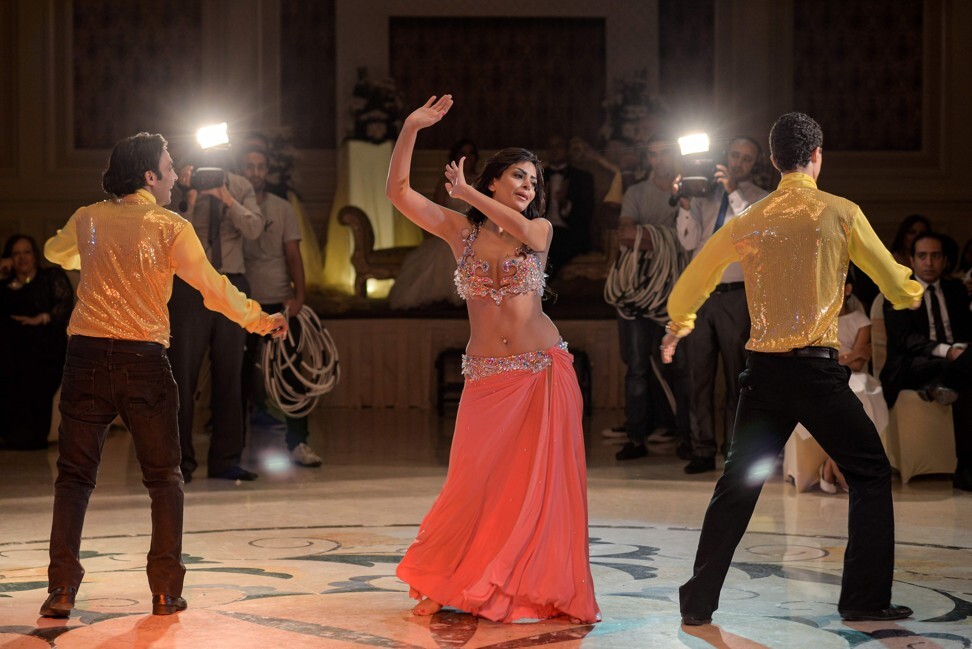 But researchers say Egyptian society has largely seen the dance as entertainment, to be watched but never taken up as a profession.

“This view was bolstered by popular culture, and movies which depicted belly dancers as coquettes, prostitutes or home wreckers,” says Shaza Yehia, author of a 2019 book on the history of the dance. 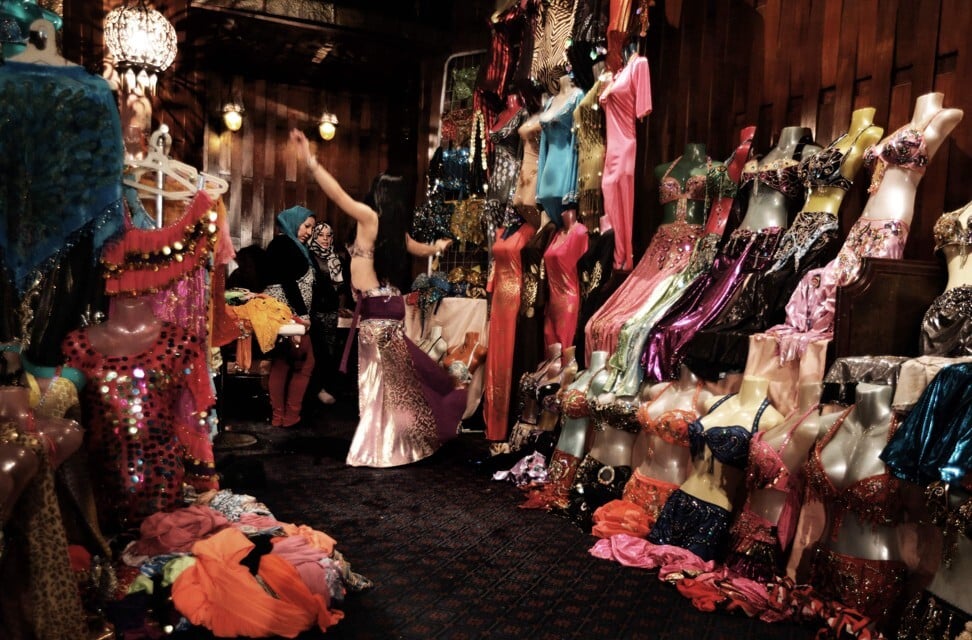 A Chinese dancer warms up before performing at a belly dancing school during a festival in Cairo.

Foreigners have not been spared in the crackdown. In 2018, Russian belly dancer Ekaterina Andreeva – known as Johara – was briefly arrested for donning a costume deemed too revealing, after a video of her performance circulated widely. Moroccan belly dancer Maya Dbaich stands on a tabla instrument as she dances at a wedding in Cairo. Egypt has seen its dance community shrink, and foreign dancers have taken their place.

According to Yehia and other researchers, belly dancing in Egypt is believed to have especially flourished during the 19th century.

“Performers at the time were called ‘awalem’, or the knowledgeable, in reference to their ample knowledge in the arts of singing and dancing,” Yehia says.

Its modern-day manifestation was in part shaped by Westerners during colonial times, she adds. 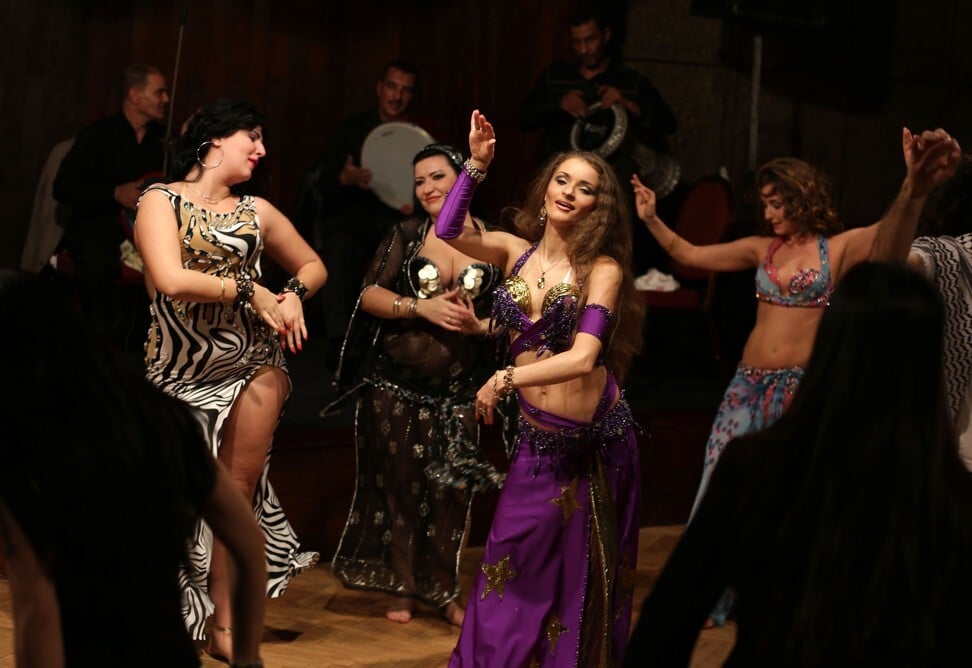 Belly dancers perform during a show at a hotel in Cairo.

Some even argue that the term “belly dance”, or “danse du ventre”, was originally coined by the French.

“Foreign writers and painters portrayed their own fantasies about Eastern belly dancers,” Yehia says. “These views stirred imaginations in the West, which later sought to turn them into reality.”

International dance moves were incorporated into the Oriental dance, and costumes altered to appeal to popular tastes.

Now, conservatives and traditionalists view belly dancers’ gauzy skirts and glittery bra tops as too revealing, and often accuse them of being “vulgar” and “overtly sexual”.

Despite the apparent contradictions, foreign belly dancers in Egypt say coming to the country was the right choice.

“Egypt is simply the land of belly dancing.”