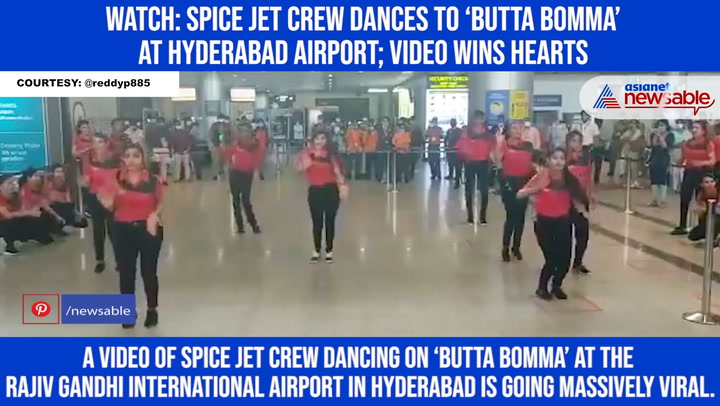 A video of the Spice Jet crew dancing to one of the famous songs ‘Butta Bomma’ composed by S. Thaman for the 2020 film Ala’s soundtrack album Vaikunthapurramuloo has gone viral. Spice Jet crew has mesmerized the onlookers at the Rajiv Gandhi International Airport in Hyderabad.

The viral video was first shared on Twitter, and instantly it became a hit with social media users. It isn’t the first time that an airline crew has performed dancing. In July 2020, the Indigo Airlines crew had danced to the number at Vizag airport.