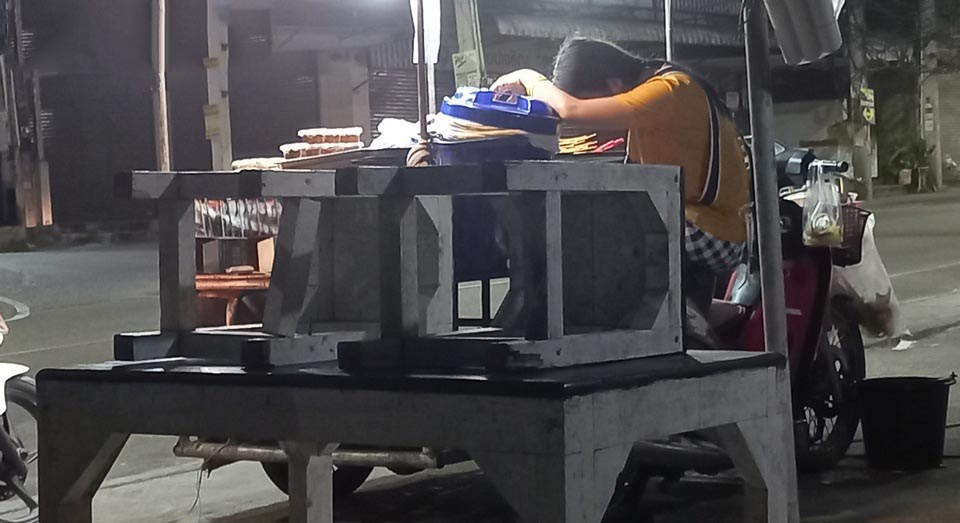 Virtually locked down again due to the coronavirus spread and still battered by the loss of foreign tourism, Pattaya’s darkest days have arrived, with only dim light at the end of the tunnel in 2021.

Long lines for free food handouts likely will return soon if the emergency order shutting down Banglamung District Wednesday lasts for more than a few weeks. Only essential businesses may remain open. Bars, clubs, massage parlors and shopping malls – the city’s economic lifeblood – all must close immediately and remain so indefinitely following an explosion of new Covid-19 cases linked to an illegal casino in Rayong.

New Year’s Eve was supposed to be the crowning event in a three-month period in which domestic tourism had breathed some life into Pattaya’s tourism sector. Sure, high season was a pale shadow of 2019, but it was better than July-September. But the Pattaya Countdown was only the first of the events to be canceled as a second coronavirus wave swelled in Thailand. 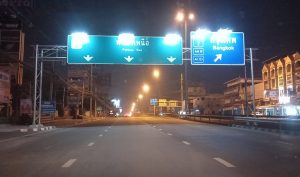 The momentum of the autumn built by the Bikini Run, Loy Krathong and fireworks festival in November, then the Pattaya Music Festival on Dec 11-12, was all for naught. Mayor Sonthaya Kunplome looked pained as he announced the cancellation of the three-day countdown, knowing it would have brought hundreds of millions of baht to the city. But he had no choice.

Driving around Pattaya and its eastern “dark side” is a sad trip for those who have lived in the city for decades and now must witness “for sale” and “for rent” signs hanging from gates and windows. More street-level shops have chairs turned up on tables than chairs seating guests.

At a noodle shop on Soi Nernplubwan, people talked of moving out of Pattaya to towns less dependent on tourism. Many go-go bar dancers already have moved back upcountry to work in local-style entertainment, like village karaoke pubs and as coyote dancers on the back of flatbed trucks in a rice field.

Pattaya roads have become vacant. Workers who just moved back to town to find jobs at hotels, restaurants, pubs and other entertainment venues have given up and waved Pattaya goodbye, maybe for good.

The Tourism Authority of Thailand put its full effort into promoting domestic tourism since the first lockdown ended June 30, but that work is now in vain. All the pie-in-the-sky ideas TAT teams in Bangkok dreamed up have vanished into thin air. 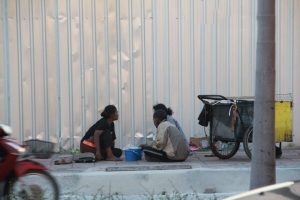 Workers who depend on daily minimum wages were also severely affected as jobs were hard to find, as many employers discontinued their businesses, some temporarily but most of them permanently. A sorrowful sight of homeless and unemployed people sleeping on the streets of Pattaya and Jomtien, once known as one of the world’s most famous hub of international tourism.But they knew going in that domestic tourism wasn’t a cure-all, historically generating only half what foreign tourism does. Their goal was to raise that a few percentage points. At best, domestic tourism ended up treading water.

Hotels in Pattaya today woke up to another nightmare, their rooms haunted by what could have been this new year.

Pattaya often has been likened to a mystical cat with nine lives. One wonders if it has any lives left.