Bali not reopening to foreign tourists on December 1, 2020 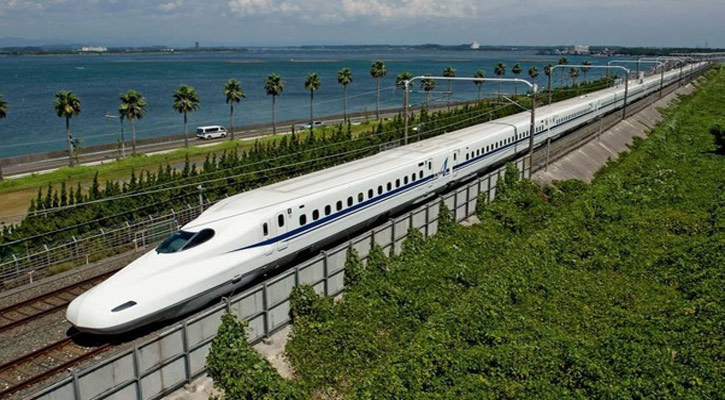 Bangladesh is going to enter the era of bullet train. The feasibility study of the project taken from Chittagong to Dhaka route has been completed.

Design work is also in the final stages. If this high speed train service is started, it will be possible to reach Dhaka from Chittagong in just 55 minutes, not 8 hours, nonstop.
The train will run at a maximum speed of 300 kmph and will carry about 50,000 passengers a day. For this, a passenger has to pay around Rs 2,000. According to the route map, there are a total of six stations on the proposed railway line. They are: Dhaka, Narayanganj, Comilla, Feni, Pahartali and Chittagong.

If you stop at these stations for 3 minutes, it will take another 18 minutes. In that case you can reach Dhaka from Chittagong in 63 minutes. And if it doesn’t stop then Chittagong to Dhaka in 55 minutes. However, after the final approval, it will be decided whether to stop or not.

According to railway sources, the feasibility study of the train, which was approved in March 2016, has been completed. China Railway Design Corporation and Majumdar Enterprise of Bangladesh have jointly carried out the feasibility study. Work is currently underway to create a detailed design. Which will cost more than a hundred crore rupees. The design of the project will be completed by January.
Subaktagin, chief engineer of Eastern Railway, told banglanews that representatives of China Railway Design Corporation will come to Bangladesh in December to finalize the design. The project will then go for ECNEC approval after determining the cost. Work will start after getting approval.

At present the distance of railways to Dhaka, Brahmanbaria, Comilla, Feni, Pahartali and Chittagong is 321 km. The Dhaka, Brahmanbaria and Comilla routes will not be used for high speed trains, the bullet train will reach Chittagong directly from Dhaka to Narayanganj and then via Comilla. In this case, the train will have to travel less than 94 kilometers.

Project Director. Kamrul Ahsan told banglanews that the design work of the project will be completed by January. Once the design is finalized, the cost will be known. If the bullet train is launched, the image of Chittagong-Dhaka communication system will change. Dhaka can be reached from Chittagong in just 55 minutes at nonstop and 63 minutes if you stop at the station.

ABM Fazle Karim Chowdhury, chairman of the parliamentary standing committee on railways, told banglanews that the launch of the bullet train would play a huge role not only in Dhaka’s communication with Chittagong but also in trade. Project stakeholders are working on how to get the job done faster.