Canada ranked #1 ‘most desirable’ place to live in the world 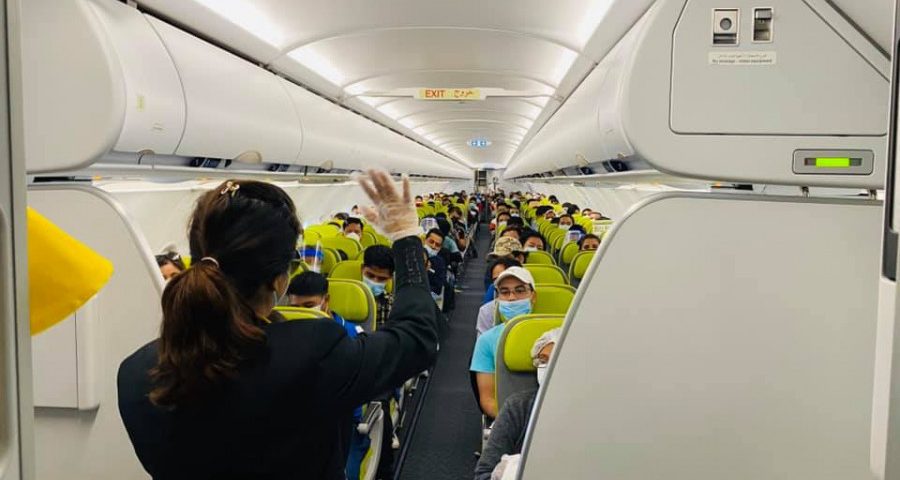 The Tourism Ministry has once again proposed signing an “air bubble” agreement with India more than one and a half months after its first proposal was rejected outright by the government amid soured relations with the southern neighbour over boundary disputes.

Multiple sources at the ministry confirmed that the Covid-19 Crisis Management Centre would table the proposal at the next Cabinet meeting on Thursday to allow the ministry to sign the agreement.

Although India continues to restrict regular international passenger flights, it allows flights through “air bubbles” or “travel corridors”, a system established between two countries that perceive each other to be safe and allow carriers of both the countries to fly their citizens either way without any restrictions on the number of passengers.

Under the arrangement, passengers may have to stay in isolation as specified by the respective governments.

According to Indian media reports, Nepal could be the new entrant to the list of countries with which India has an air bubble agreement in South Asia. India’s Ministry of External Affairs spokesperson Anurag Srivastava said “exploring the possibility of an air bubble arrangement with Nepal”.

In early October, before the start of the Dashain festival, Nepal had decided to join India’s “air bubble” scheme in order to bring hundreds of Nepalis stranded in different parts of India.

However, Bhattarai tested positive for the coronavirus on October 10 before any decision was made by the Cabinet meeting.

“The proposal was then kept on hold by Prime Minister KP Sharma Oli as he said let’s look for a few weeks before making the decision,” according to sources privy to the matter. “Then the festival season started and the proposal never got the attention of the ministry.”

“Now that the souring relations between Nepal and India have become normal to some extent, the proposal has got traction again.”

According to officials, hundreds of Nepalis working, studying and those gone for medical treatment in India could benefit from the scheme. Restricting the roughly one-hour flights between the two capitals has affected hundreds of thousands of citizens from both countries as they have to face several hassles to travel overland in case of emergency.

Amid the Covid-19 pandemic, the government has decided to extend the closure of the borders with India till December 15. Earlier, the border was expected to open on November 15. There are 20 entry border points shared by India and Nepal but barring a few of them they have been closed since March 24 when the lockdown was imposed in Nepal.

A large number of Nepalis living and working in India are worried as Nepal has not resumed flights to its immediate neighbour, although international flights were allowed to resume from September 1 after five months.

An official at the Civil Aviation Authority of Nepal, who wished to remain anonymous, told the Post that they don’t understand the policy to keep flights restricted with the immediate neighbour even though the air bubble scheme is the safest way to travel.

The Kathmandu-New Delhi sector is the busiest and one of the lucrative routes. Nearly a dozen of flights used to take place daily on the route before the Covid-19 pandemic.