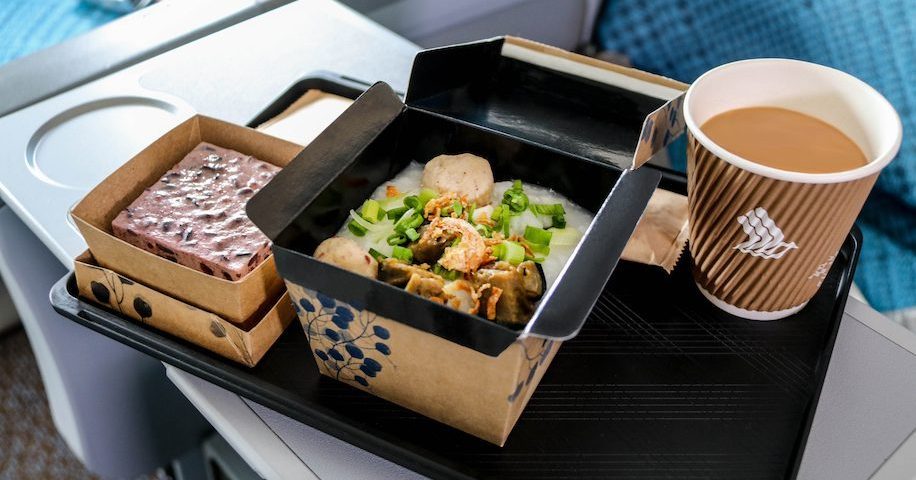 Singapore Airlines passengers will see a change to short-haul economy class catering as the carrier ditches casseroles in favour of boxed meals. Beginning on December 1, flights under three and a half hours will feature a rotation of more than 40 new Singaporean and international dishes.Economy class passengers on Silkair, a subsidiary of SIA, will also see the same catering changes as the regional carrier edges closer to fully merging with its parent.SIA’s new meal concept follows a broader trend among industry peers to shake up the economy class dining experience. In recent years, Delta and Qantas, for instance, have moved towards bistro-style catering on international flights with an emphasis on quality over quantity.Yeoh Phee Teik, senior vice president customer experience at Singapore Airlines, commented: “We are delighted to be able to offer a greater variety and quality of meals on our short-haul flights, including selections from Singapore’s popular local favourites that we hope both Singaporeans and international customers will find familiar and comforting.”The revamped breakfast dishes on SIA flights include congee with pork ball and century egg, mee siam, and pear cinnamon steel cut oat porridge. Outside of meal hours, soups such as beef barley, beef goulash, and white bean with smoked duck, will be served.Meanwhile, flights featuring lunch or dinner will serve heartier courses including beef brisket with egg noodles, laksa goreng, and lamb albondigas. This is complemented by a variety of cakes for dessert, such as pulut hitam (pictured above) and earl grey chiffon.SIA short-haul diningSIA said the new meal concept will help reduce the amount of inflight waste. By opting for leak proof paper boxes, bamboo cutlery, and a simplified meal offering, the airline will reduce single-use plastic consumption by 80 per cent by weight.The boxed meals hold the same amount of food as the previous casseroles, according to the airline. However, it appears that SIA will remove fresh fruit portions and the bread roll, previously standard with economy class meals, as part of the new concept. The airline has been approached for comment