THAILAND IN TALKS TO REDUCE QUARANTINE LENGTH FOR TRAVELERS

Pattaya gets warmer, beach side and Soi 6 beer bars open for food and drinks 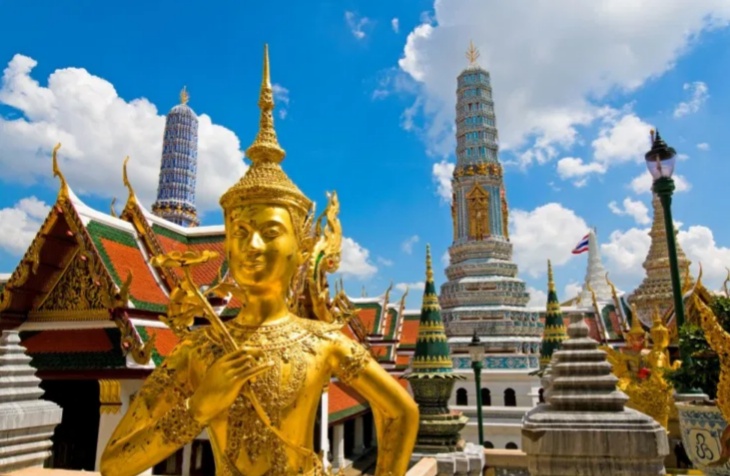 Prospective travelers to Thailand were handed encouraging news yesterday as it emerged that the country was mulling a potential reduction in the number of days of quarantine needed upon entry.Thailand’s current quarantine rules – a mandatory period of 14 days upon arrival in a government-designated hotel – have proven to be a prohibitive factor for many who wish to visit the Land of Smiles due to both their duration and the costs incurred.thailand tourist with mask MediavineWith many businesses struggling to cope with the lack of tourists, it’s thought that reducing the period needed to quarantine to 10 days would encourage tourists to travel to the country once more.The ProposalIn the next week, Deputy Prime Minister and Public Health Minister Anutin Charnvirakul will present his plans to reduce the mandatory state quarantine to 10 day to the Centre for Covid-19 Situation Administration (CCSA). The period of 10 days has been suggested as the majority of positive tests from those in quarantine have come before the 10 days. MediavineTHailand airport tourists arrive Explore Cancun and The Mexican Riviera This WinterThis is a modal window.No streams to play.Despite public concerns about the impact that the easing of such restrictions would have on the spread of the virus, leading doctors in the country feel that it would be safe to do so. The CCSA will decide the outcome following the proposal this week.Thailand mask transit MediavineTravelers That Can Enter ThailandUntil recently, Thailand had been very selective in who it had allowed to enter the Kingdom, restricting entry to only 11 groups of people, such as Thai nationals, those who worked in the country and those with spousal visas.However, earlier this month, Thailand announced that travellers from any nation could apply for the 60-day tourist visa.Thailand Beach MediavineThe tourist visa must be applied for at a Thai embassy, and those who wish to enter the country must have a valid negative coronavirus test result no older than 72 hours before they arrive in the Kingdom and ensure they have the relevant medical insurance.Upon arrival, tourists must then stay in quarantine before being allowed to travel within the country.thailand templeCOVID-19 in ThailandThroughout the pandemic, Thailand imposed strict measures to curb the spread of the virus, and now boasts some of the most impressive statistics of any country. The number of confirmed cases in Thailand is 3,866, with 908 of those coming from Thai nationals arriving from abroad. From those 3,866, Thailand has only recorded 90 deaths and has been commended by the World Health Organization for its efforts in combating the virus. MediavineWhilst its strict rules such as partially-closed borders, mandatory mask-wearing, temperature checks to enter stores and signing in and out of malls may have limited the number of people infected, they have come at a heavy cost.Thailand is very dependent on tourism, with Bangkok claiming the accolade of being the most visited city in the world. Many businesses rely on tourists to survive, and popular beach hot-spots such as Phuket, Koh Samui and Ao Nang resemble ghost towns, with many hotels and restaurants either closed or out of business. The Thai government has introduced popular initiatives to boost domestic travel, yet many industries are still struggling without foreign tourists.