Pattaya looks to next 2 weekends to salvage November

Thai Minister doubles-down on no-quarantine, must open country to foreigners 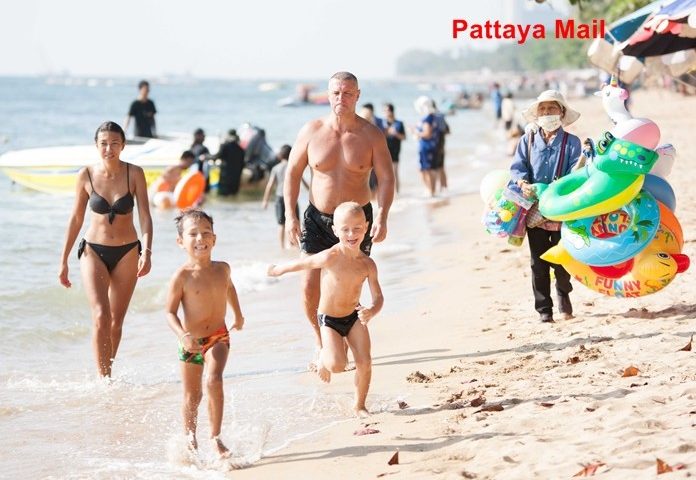 Jomtien Beach was the lone bright spot in an otherwise dire weekend for Pattaya, which is pinning its collective hopes on the upcoming long weekend and International Fireworks Competition to salvage the month.

Pattaya Beach on Saturday was all but deserted, with nearly the entire shoreline of umbrellas chairs vacant. Downtown streets were quiet with only food carts and motorcycle drivers spotted on Beach, Second and South roads.

Beach vendors on Jomtien Beach benefitted from a weekend influx of Thais from Bangkok and surrounding provinces. Umbrella vendor Worapol said only ten percent of all his customers were foreigners.

He said beach vendors have lowered their prices for jet skis and banana boat rides to correlate with the weaker spending power of Thais versus foreign tourists, but beach chair rates of 40-50 baht have remained steady.

Walking Street bar employees said this weekend was particularly disappointing, especially after an especially bad Monday-Thursday. Even the busiest bars were half-empty during the usually busy hours before midnight.

Business owners are hoping for boom times for the government-created four-day holiday Nov. 19-22. But a centrally located four-star hotel that has done well on previous holidays said Sunday that bookings for the coming weekend were lower than expected.PROMOTED CONTENT

Instead, reservations for the following weekend were strong, indicating more people were interested in the Nov. 27-28 fireworks show than coming to Pattaya for the long weekend.

The Transport Ministry has made coming to Pattaya this week slightly less expensive by waiving motorway tolls on the Bangna-Chonburi expressway from Nov. 18-23.