Emirates working with Pfizer, others on vaccine transport ‘challenge’

Mass Tourism Will Be Roaring Back by Summer, Says Expedia CEO 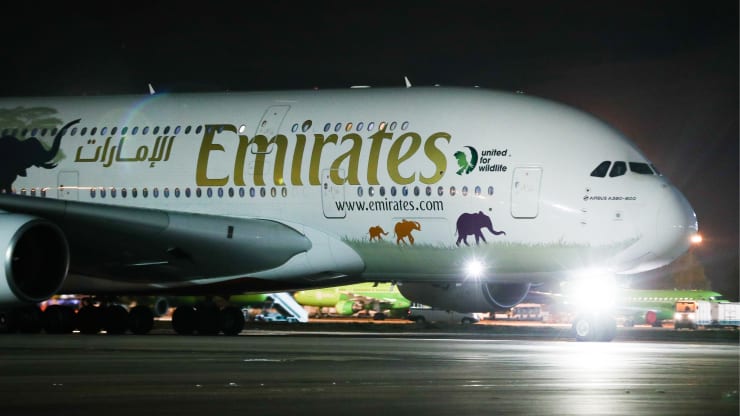 Emirates is working with global pharmaceutical companies, including Pfizer, to address the logistical challenges of distributing coronavirus vaccines, according to Emirates President Tim Clark.

“The industry is trying to establish best practice involving the third-party supply chain and this logistical exercise, to ensure we get them (vaccines) to the markets that need them so badly, and basically that’s the whole planet,” Clark told CNBC in an exclusive interview on Sunday.

Last week Pfizer announced that its vaccine candidate, developed in collaboration with Germany’s BioNTech, is more than 90% effective in preventing Covid-19. Clark said Emirates and others in the aviation industry were working with Pfizer on the complex logistics of transporting it to the world.

“The logistics of distribution of this vaccine of this nature, given the conditions under which it has to be shipped, it’s going to be a challenge for the industry,” Clark added. During shipment and storage, the Pfizer vaccine candidate must be kept at around -100 degrees Fahrenheit(-70 Celsius)in order to maintain optimal efficacy.

“We’re working on trying to move this Pfizer vaccine in specialty designed containers on our planes, in our holds, and in the cabins, and keeping them at that level through the distribution point,” Clark said. “We have the chillers, we have the freezers, we have the logistical control for the airline to get these vaccines into multiple parts of the world where others cannot.”

Pfizer said that based on current projections, it expects to produce up to 50 million vaccine doses in 2020, and up to 1.3 billion doses in 2021, according to NBC News. Other vaccine candidates are also in clinical trials around the world. U.S.-backed front-runners include vaccines from Moderna, AstraZeneca and Johnson & Johnson.

“If more vaccines come to market, which are perhaps not so onerous with regard to their transportation conditions — they can be transported at minus ten or minus five degrees Centigrade – then we have got a better chance of getting them out sooner,” Clark said.

Getting a vaccine distributed is ‘a global imperative’

Clark said the Pfizer vaccine, and others in development, could have a positive impact on the global economic recovery, the aviation sector and global aviation demand.

“It’s because we are going to have a vaccine introduced during the course of 2021 in large numbers, or at least as fast as these ‘pharmas’ can produce them, that we are able to say that during the winter of next year, in last quarter calendar — October, November, December — 2021, that we will see a restoration of global demand,” he said.

“There is a global imperative to get this done,” Clark added.