Mumbai to Hyderabad in less than 3.5 hours via bullet train! 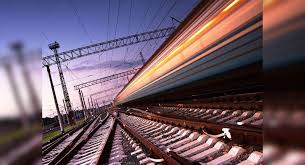 This is incredible news for regular travellers between Mumbai and Hyderabad. In the coming years, travellers would be able to reach Hyderabad from Mumbai in less than 3.5 hours, thanks to the upcoming bullet trains in the country. As of now, it takes an overnight journey or more than 10 hours by existing trains to cover the 711 km distance between the two prime Indian cities.

As reported by TOI, the National High Speed Rail Corporation Limited (NHSRCL) has issued tenders for preparation of Detailed Project Report (DPR) for the Mumbai-Pune-Hyderabad bullet train project. The project will cut down the travel time between the two destinations by 9.5 hours.

According to news reports, there are several other bullet train projects underway and the Indian government is investing INR 10 lakh crore on seven other such corridors that will cover a distance of 4869 km.

Achal Khare, managing director, NHSRCL informed the media, “The bullet train project will benefit the country and give a boost to the skill development sector. The government has asked for DPRs of all the seven new corridors. Capital costs can be decided only after taking into consideration things like terrains and route length.”

The Mumbai-Ahmedabad bullet rail corridor is another major project, which is expected to open in 2028. And among seven such corridors, Mumbai-Pune-Hyderabad, is another significant project and as per NHSRCL, the first pre-bid meeting for it will be held in November.