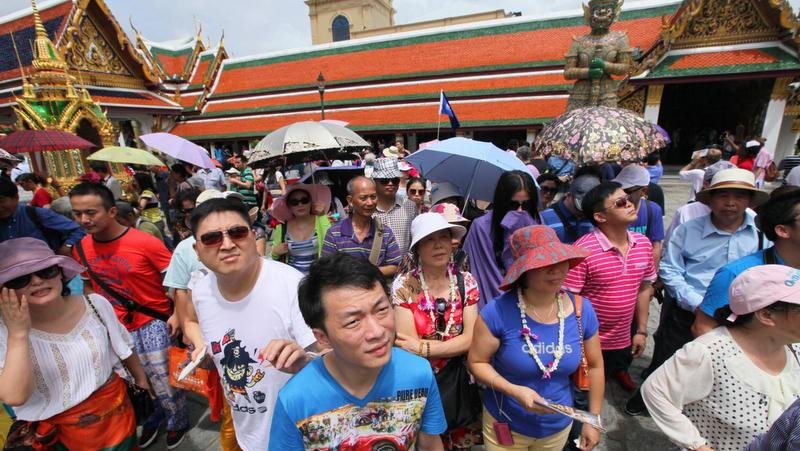 The ministry will hold a meeting with the Chinese embassy to discuss the travel plan, while the foreign ministries will continue the discussion about the next phase, said Tourism and Sports Minister Phiphat Ratchakitprakarn, reports the Bangkok Post.

There are 22 low-risk provinces in China, containing a population of 800 million, that have reported no new local cases for more than 150 days.

He said a tourism bilateral agreement would need to be finalised by Prime Minister Prayut Chan-o-cha and Chinese President Xi Jinping.

The ministry has not received any new entry requests via the Special Tourist Visa (STV) scheme for November, with several European countries returning to lockdowns.

During the mobile cabinet meeting in Phuket and Koh Samui, Mr Phiphat urged operators to contact long-stay regular guests to enter the country. The Tourism Authority of Thailand will facilitate the STV process for them, he said.

The ministry is also in talks with the foreign ministry about tourists from Switzerland who would like to travel via Thailand Longstay Company under the non-immigrant visa O-A for retirement.

“The number of international arrivals will not reach 7 million this year,” Mr Phiphat said.

However, he said inbound plans will move forward despite problems gaining confidence from local communities.

To offer more alternative local state quarantine (ALSQ) options, the Tourism and Public Health ministries will introduce a golf quarantine to attract golfers from Japan, Taiwan, China and South Korea, who normally train in Thailand for a few months in the winter.

Golfers spend on average at least B3,000 per person per day for golf programmes, excluding accommodation and food, said Mr Phiphat.

Out of 238 golf courses with 5,000 rooms nationwide, the ministry expects 20-30 to join the scheme, which is expected to start by mid-November.

There are five golf courses in Chiang Mai, Lamphun, Saraburi and Kanchanaburi, as well as a golf course in Nakhon Ratchasima owned by Public Health Minister Anutin Charnvirakul, which passed inspection and are ready to serve as ALSQ.

ALSQ golf operators have to transfer existing members to other courses and be responsible for golf expenses. All staff also have to complete a 14-day quarantine before leaving their posts.

The golf quarantine idea still needs approval from the Centre for COVID-19 Situation Administration next week, along with additional measures for domestic stimulus campaign, such as increasing the government’s subsidy during workdays to 50% from 40%, launching e-vouchers for spas, car rental or transport costs.

Mr Phiphat said weekday tour packages for the elderly aged 55 and above will be included in this scheme too by using the B5-billion budget.