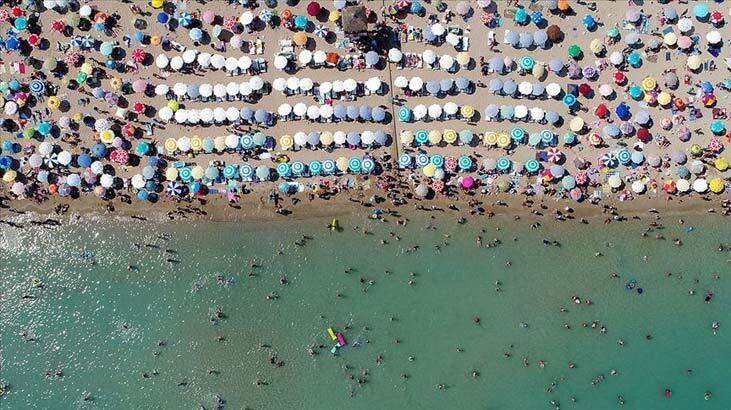 Most of the hotels in Antalya, the Turkish tourism sector’s heartland with a bed capacity of nearly 600,000, have closed their doors until the next holiday season, which is expected to start in April 2021.Nearly 3.3 million tourists visited the Mediterranean province in 10 months of this year, a 77 percent decline annually, according to the provincial directorate of culture and tourism.Since the coronavirus pandemic hit Turkey in mid-March, Antalya’s resorts could only start welcoming tourists on June 1, when the government eased restrictions imposed to curb the spread of the pandemic. Large foreign tourist groups started arriving in the province in July.Despite an annual decline of 74 percent, Russia was the top tourist source country for Antalya with 1.4 million visitors in January-October period.Ukrainians followed with 550,000 visits, a decrease of 31 percent year on year. German tourists, who traditionally make it to the top of the foreign tourists list of Antalya, ranked third this year with only 335,00 visits.Last year, nearly 2.5 million German tourists visited Antalya resorts. The number of British tourists hosted in Antalya dropped 69 percent annually to 209,000 in the first 10 months of 2020. Some 83,000 Polish and 61,000 Belarussian tourists also visited the Mediterranean province.In 2019, Antalya hosted a record number of nearly 15 million foreign tourists.Overall, the country attracted more than 45 million foreign tourists last year, up from nearly 39.5 million in 2018.After the COVID-19 crisis erupted, the Culture and Tourism Ministry updated its target of 50 million to 15 million tourists in overall 2020.With the help of the Safe Tourism Certification program, which covers a broad range of health safety measures in transport, accommodation and recreational venues for tourists and hospitality employees, Culture and Tourism Minister Mehmet Nuri Ersoy said that a total tourism income of $11 billion was achievable this year.Most hoteliers were hoping for an extended holiday season until the end of the year, however, the resurgence of coronavirus cases in many tourist source countries spoiled plans.Turkey welcomed some 9.46 million foreign visitors during the first nine months of 2020, the ministry announced on Oct. 30.