Kuwait Airways Takes Delivery Of The First Rare Airbus A330-800

Dubai Makes It Easier For Some Travelers To Visit 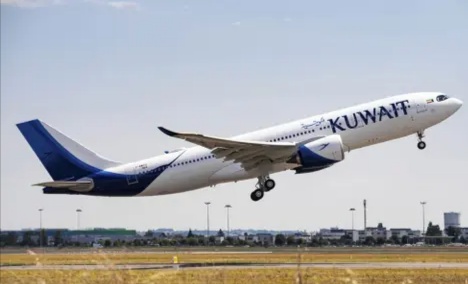 Kuwait Airways has today taken delivery of the first two Airbus A330-800 aircraft. Only 14 Airbus A330-800s have been ordered, compared to 318 orders for its twin, the Airbus A330-900. The airline has eight of the aircraft on order.Aircraft deliveries have been relatively few and far between of late. This is due to airlines looking to cope with the current situation. After all, why take new aircraft when you’re not flying what you already have. However, it seems as though the case is starting to improve. For example, last week we saw Turkish Airlines take delivery of its first two Airbus A350 aircraft.Two A330neos for Kuwait AirwaysKuwait Airways has today taken delivery of not one but two Airbus A330-800 aircraft. The A330-800 belongs to the A330neo family, with neo standing for new engine option. With the delivery, Kuwait Airways now had a quarter of its order for the type. The airline considers that the aircraft will be the perfect type to recover from the current industry situation. The first aircraft departed from Toulouse at 11:15, with the second departing just two minutes later.Stay informed: Sign up for our daily aviation news digest.According to a press release seen by Simple Flying, Kuwait Airways Chairman, Captain Ali Mohammad Al-Dukhan said the following when commenting on the delivery:“Kuwait Airways takes pride in its continued relationship and cooperation with Airbus for the past four decades… The introduction of the A330neos to our expanding fleet strengthens Kuwait Airways’ position as a prominent airline in both the regional and global aviation sector.”Airbus, A330-800, Kuwait Airways The two aircraft are currently flying to Kuwait in convoy. Photo: FlightRadar24.comKuwait Airways’ A330-800 aircraft will have the capacity for 235 passengers. The aircraft is configured with a two-class cabin. 32 lie-flat business class seats make up the front of the aircraft. Behind these are 203 economy class seats.What is the Airbus A330-800Kuwait Airways’ delivery marks the first deliveries of the A330-800 program. As mentioned, only 14 of the type have been ordered. This means that Kuwait’s aircraft will remain somewhat of a rarity unless further orders are received. Alongside Kuwait’s eight orders, Uganda Airlines has two aircraft orders. The remaining four orders are currently not assigned to an airline.