International tourism to bounce back by 2022: UNWTO 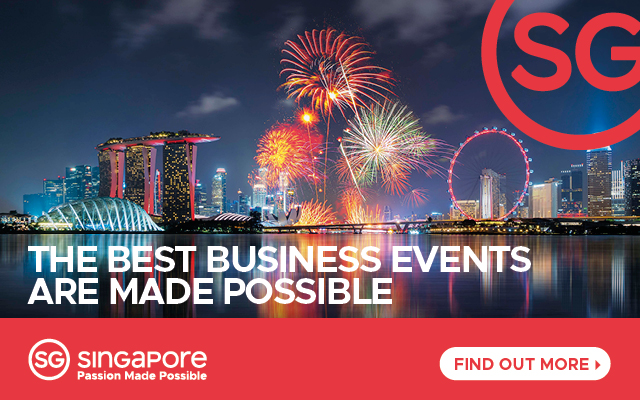 Singapore is desperate to restart international travel, easily the most active country in Asia-Pacific right now in attempting to reopen as it declares one measure after another.

The latest, announced on October 23, is a reciprocal green lane with Germany, which can be a future model between Singapore and other European countries. The two countries are working out mutually-agreed procedures, health protocols, and the application process. So far, Singapore has green lanes with only Asian countries, namely Japan, China, South Korea, Malaysia, Indonesia and Brunei.

Green lanes are for essential or business and official purposes only. They have not produced the numbers as conditions are quite onerous (see examples here), according to industry members interviewed.

But it is Singapore’s reciprocal leisure travel bubble with Hong Kong, announced on October 15, that is seen as potentially pushing the envelope, coming as it is when most people have gone flat on the idea of travel bubbles.

In principle, both countries will not impose restrictions on travel purpose, insist on a quarantine, or control itineraries, only that visitors must be negative from mutually-recognized PRC tests and must travel on dedicated flights.

The number of flights can be adjusted upwards or downwards, or even suspended according to Covid-19 situations in both cities.

“It is a safe, careful but significant step forward to revive air travel, and provide a model for future collaboration with other parts of the world,” said Singapore’s transport minister Ong Ye Kung.

The bilateral deal comes on top of unilateral reopening Singapore has made to-date with Australia, New Zealand, Vietnam and Brunei. This, too, has had limited impact as travelers are turned off by lengthy quarantines upon return.

But the point of it, said Ong, is it’s like a standing invitation, signaling Singapore is open when those countries are ready to lift their restrictions.

To understand why Singapore is aching to reopen, having brought the pandemic back under control, think of two of its icons: Changi Airport and Singapore Airlines (SIA).

Ong, in a speech to the parliament on October 6, described Changi as “a lung of Singapore,” connecting the city to the outside world and energizing every sector of the economy. Superior air connectivity is a key reason why companies invest in Singapore, as that means their customers, suppliers, partners and key executives can travel in and out of Singapore easily, he said.

“However, the longer our borders remain closed, the greater the risk of losing our air hub status, and our attractiveness as a place to invest, and to create jobs because of those investments,” he said. “The status quo is therefore not sustainable for us. We cannot just wait around for a vaccine, which may take a year or two before it becomes widely available. Even then, we do not know if the vaccine will work as expected.”

“We now have direct flights to 49 cities in the world, compared to pre-Covid-19 of 160. We were the seventh busiest airport in the world for international passenger traffic. Today, we have dropped to 58th place. Two key companies in the aviation sector are facing a deep crisis. They are Singapore Airlines and Changi Airport Group.”

The most meaningful support, he said, is to restore passenger traffic and revive the air hub, in a safe, controlled manner.

This is why, despite its unprecedented losses, SIA announced on October 20 that it would resume thrice-weekly direct flights to New York’s JFK on November 9.

“Cargo is the driver behind most routes these days, apart from the associated subsidies. New York is strategic in that it’s a big market and was served with multiple daily flights. If you look at which longhaul routes, i.e. non-Asia, that SIA has resumed so far, it is now back in almost all the bigger or important markers. But New York and San Francisco are still missing and both need to be resumed strategically. San Francisco should follow [the New York resumption on November 9],” said Sobie.

“There is very little passenger traffic at the moment but it is important to resume a presence in New York and San Francisco with a limited frequency and gradually add as demand returns. There is no one else operating nonstop in the Singapore-New York market although there are several aggressive one-stop competitors that have resumed services. Qatar is particularly aggressive among them so, again, it is important for SIA to provide a product between the two financial centers.”

A GAME OF CHESS

What Singapore is doing with green lanes, bilateral and unilateral reopening is putting its chess pieces in position to regain its air hub status and attractiveness for investors and visitors alike.

Its next chess piece is regaining its status as one of Asia’s top venues for international meetings, a market that contributes $2.8 billion (S$3.8 billion) to Singapore’s economy before the pandemic.

This is beginning at home, where on Monday, 150 participants of the Singapore International Energy Week piloted a rapid or antigen test on-site. All tested negative. The result, valid for 24 hours, was delivered via mobile, which gained them the entry badge to the event.

Antigen tests deliver results in minutes and are cheaper — said to be around $22 in Singapore — compared with a PCR test, which costs about $147 but is more accurate.

More pilots at selected wedding receptions, sports events and live performances have been scheduled as the city resumes larger-scale events. Singapore is allowing meetings of up to 250 attendees from this month, subject to approval. Organizers must also conform to a Robust Safe Management Measures system devised by the Singapore Tourism Board that includes the use of TraceTogether, the city’s contact tracing mobile or a physical bluetooth-powered token.

Ong, in the same speech to parliament, said testing technology is advancing. There are now promising tests with quicker turnarounds while maintaining acceptable test sensitivity, he said. An example is a test kit developed by two Singapore agencies, national defense research and science, technology and research, which halves the time needed to process and analyze samples to 1.5 hours.

Singapore is also watching closely trials for less intrusive tests such as using deep throat saliva, aside from antigen and breathalyzer tests that can deliver results in minutes, he said.

An attendance of up to 250 people, the current limit for events, is minuscule for a city that hosts mega events such as the Singapore Fintech Festival, which drew 45,000 attendees from 130 countries in 2018. But, again, it’s in line with Singapore’s “building block” approach.

“Singapore is on the right track,” said Shin Hui Tan, executive director, Park Hotel Group. “Measured resumption ensures we have the resources to manage any outbreak/subsequent waves and avoid a second lockdown while getting the economy going.

“Bilateral bubbles take time to iron out, as we saw in the many that were mooted in the early days but have yet to materialize, so having multiple conversations with different countries/cities at the same time is more efficient.”

“Bubble wrapping” certain segments of travelers, such as medical tourists, might be a good next step, she suggested.

Far East Hospitality’s Kiong is heartened Singapore is giving equal care to safety considerations. “We can’t risk another wave, especially with the winter flu season [coinciding with] the reopening of our borders. Studying the other countries that have reopened, having contained the spread in their local community, the risk of a flare-up from imported Covid-19 cases is real. Singapore is doing a good job in judiciously balancing these tensions,” said Kiong.

In July, the combined room revenue for Singapore’s 260 gazetted hotels was reportedly a mere $25 million, with an average room rate of $60 versus $160 in July last year.

For many hoteliers, bilateral bubbles such as the Singapore-Hong Kong pact that carries no quarantine have the most potential, as Singapore’s average length of stay is less than three days.

“We are starting to see bookings from Hong Kong,” said Gilbert Madhavan, general manager of the luxury independent hotel, One Farrer Hotel & Spa. “It is the beginning of a long-awaited recovery. Hopefully Singapore can have more of such bilaterals. As most hotels are starved of guests, we can expect rates to be very competitive.”

Madhavan also hopes that the rapid testing pilots that Singapore is doing will enable the country to reopen borders to more countries with low infection rates ,such as China, Singapore’s number one market.

But the question of whether China will drive recovery remains a moot point. An analyst, speaking on the condition of anonymity, said there is little incentive for China to do so, as allowing its citizens to travel abroad exposes it to the risk of a spread upon their return. More than 600 million Chinese traveled domestically during the recent Golden Week. “China may prefer to keep it that way,” said the analyst.

There is a lot of hope but no one expects a speedy recovery. Unlisted Collection, which runs boutique hotels and restaurants in  Singapore, Shanghai, Dublin, London and Sydney, expects 2021 to be pretty much similar to 2020.

“We have not even done actual budgets for 2021 because of the deep uncertainty,” said director Loh Lik Peng. “A lot of times we don’t know where to start and a lot of things are also out of our control. Ireland was doing very well for us with domestic travel and actually approaching budget for the year when it suddenly went into lockdown again and our hotels were forced to shut, wiping out hundreds of thousands of business on the books. This is likely to be the case for much of 2021.”

“For Singapore, so far the TraceTogether app/token is the most promising for local reopening and if this trend continues then day-to-day activity might be back to normal by year-end or first quarter. But I think travel will return only at the end of next year or in the first half of 2022, assuming a vaccine comes out. Short of that I suspect travel will remain severely curtailed,” Loh said.

Far East Hospitality’s Kiong expects one certainty: it will only be tougher next year when government support stops.

“It’s really not up to Singapore, but how the pandemic is managed and brought under control in our key source markets. Only with the mass distribution of an effective vaccine and economical rapid testing will there be meaningful progress,” he said.

That, however, will not stop Singapore from trying. In cleanliness and hygiene, it was first with its SG Clean certification program, as Skift wrote in April. Will it be the Asia-Pacific leader in reopening borders?