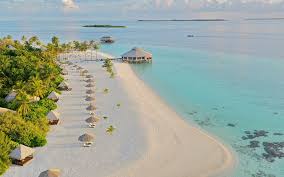 Exotic holidays may seem impossible for the next few months, but this hasn’t stopped Britons from researching winter breaks for 2020, according to data from TravelSupermarket.

Long-haul beach resorts and US cities accounted for 12 of the 20 most popular “price clicks” in April, based on searches for package trips later this year across a range of tour operators and travel agents via the price comparison site.

However, Benidorm, perhaps best known for its cheap breaks and raucous nightlife, was the most clicked on package break destination.

British holidaymakers were also interested in trips to US cities, such as Las Vegas (3), Orlando (5) and New York (6). These preferences mark a change from the same search period in 2019 when only three of the top 20 clicked on package holidays for later that year were to destinations outside of Europe.

“We don’t know if people are just browsing, rather than thinking about booking. But it seems that even though UK travellers don’t yet know when they will be able to get away next, they don’t want to give up dreaming,” said Emma Coulthurst of TravelSupermarket.

“Some of people’s time during lockdown is being used to compare prices for exotic beach escapes or trips to some of the world’s most entertainment-filled cities and October and November have become the most popular departure months to search.”

Despite the trend towards long-haul breaks, Benidorm took the top spot. “With the pubs closed at home and talk of potential cheap beer prices on the Spanish coast in [the] future, [Britons] appear nostalgic for a drink or three in the sun by the sea,” said Coulthurst.

Three of the 20 most popular destinations were in the US, which has been closed to British nationals since March 16. Travellers who have been to the UK within the last 14 days are not allowed to enter the country. There are no signs as yet about when these restrictions will be lifted.

The outlook is somewhat more hopeful for Britons seeking breaks in mainland Europe. The European Commission has said that British holidaymakers will be welcome in the EU this summer provided coronavirus restrictions are lifted in time.

Vera Jourova, the vice president of the EU executive, has called on EU member states to lift travel bans and border controls as soon as possible, once it is deemed safe to do so by scientific advice.

The EU introduced a ban on all non-essential travel into the bloc by non-EU citizens in March, but UK citizens were not included in the ban.

Alongside Benidorm, Spanish destinations, including Tenerife, Majorca, the Canary Islands, Fuerteventura, Ibiza and Lanzarote, accounted for nearly all the European entries on the most searched for list.

Telegraph Travel’s Spain expert, Annie Bennett, has warned against booking a holiday to Spain this summer. “I would certainly not advise booking a holiday for May or June yet as there is more than a fair chance that it will be cancelled and you will just be letting yourself in for a stressful time trying to get a refund.”