The hospitality industry may not come back for years. What will its workers do?

International flights details for the 10 October 2020 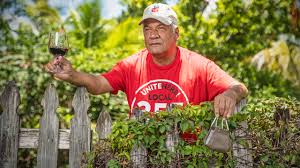 Hospitality workers struggle under COVID-19Hernan Gonzalez has been in hospitality for nearly 40 years as a sommelier, but in March he lost his job at the Diplomat Hotel. His profession is his passion. There’s no guarantee he’ll get his job back and now at 58, he has no clue what he’ll do.

In his 35 years in this country, Hernan Gonzalez had never been without a job. He’s spent his life in hospitality because “it’s what Miami is all about,” said Gonzalez. That all changed in March, when he was laid off after 16 years as a server and sommelier at the Diplomat, a beachfront resort in Hollywood.

At 58 years old, Gonzalez said he feels ill-equipped to shift away from a career that’s taken up four decades of his life.

Gonzalez considers himself lucky. Some of his coworkers are cramming into a single unit with other families to make ends meet. He and his wife are able to live on her retail salary. But with his son in college this fall, Gonzalez is worried about how he’ll help him pay for school.

“In Miami, it’s very difficult to make it on $275 dollars a week,” said Gonzalez, referring to Florida’s unemployment compensation payment. The federal boost of $600 per week is gone. “It’s basically impossible to survive with that money.”

He’s among the estimated 37.2 million American workers who are in industries that have heavily slashed employment due to COVID-19. Of that number, nearly 10 million people — about one in four — are employed in restaurants and bars, according to a report from the Brookings Institute.

Keep up with local business news and small business advice.SIGN UP

In tourism-reliant Miami-Dade, roughly 109,400 were employed in accommodation and food services as of August. That’s 25% fewer workers than the same time last year, according to the Greater Miami Convention & Visitors Bureau. Since March, tens of thousands have been laid off; others are facing reduced hours. As of late September, hotels were operating at about 37% occupancy, says hotel tracking firm STR, implying job instability for those who do have jobs.

A recent report by the American Hotel and Lodging Association points to a looming wave of hotel foreclosures. Some experts have predicted that tourism may not return to pre-pandemic levels until 2024 — potentially leaving many without jobs for the foreseeable future. Workers such as Gonzalez, one of roughly 700 union workers at the Diplomat, will soon find themselves without healthcare when their benefits run out in October. There’s still no word of when their employer will give them back their jobs.

“No one expected this,” said Santra Denis, interim executive director for the Miami Workers Center, a local nonprofit and advocacy group. “For people who work day-to-day without any benefits or fallback, it’s traumatizing. They’re looking at each other at home like, how are we going to survive?”

One Fontainebleau employee tells of coworkers who are running through their savings, deferring mortgages or breaking leases to move in with friends and family as they weather the storm. Gonzalez said coworkers are leaning on each other to raise funds for colleagues in desperate need. Many of his coworkers rely on food banks to keep their families fed.