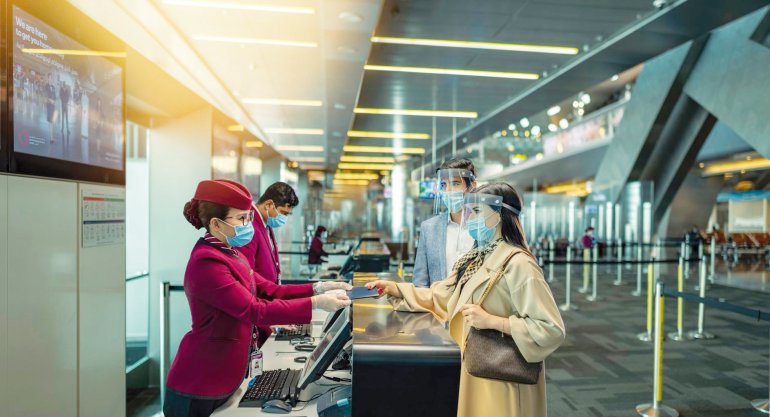 The number of passengers travelling through Qatar Airways has surged by over 20 percent in the last five years, reflecting soaring popularity of the airline.

The airline has delivered stellar performance by overcoming major challenges such as illegal airspace blockade imposed since 2017 by siege countries and COVID-19 outbreak that has posed an existential threat to many airlines.

Qatar Airways has become the first choice for millions of passengers across the globe, driven by network expansion, latest aircraft and several customer centric measures taken by the airline.

The illegal blockade could not prevent the airline from launching flights to a number of high profile destinations. Despite the challenging backdrop in financial year 2017-18, the airline opened 14 new destinations, connecting its passengers to more exciting business and leisure hot spots around the world.

The Qatar Airways brand has not only grown in size in the past year, but has grown also in terms of quality of brand equity. “Going beyond the prior perception of Qatar Airways as a purely premium and luxury airline, travellers began to see the airline as one that shares passenger values, as well as offering a superior product. Compelling results have shown a substantial positive shift towards consumer willingness to travel with the airline, and a considerable increase in positive word of mouth association,” said the airline in its annual report 2019-20.

Qatar Airways repatriated over 1.8 million passengers on 13,000 passenger and charter flights during the first eight weeks of the crisis.

One of the main attractions for travellers is its modern fleet of aircraft that give additional confidence to passengers while travelling. With an average aircraft age of under six years, its state-of-the-art fleet continues to be one of the youngest and most modern in the industry.

“We received a new aircraft on average every 16 days, enabling us to continue our ambitious route expansion strategy and provide our passengers with increased connectivity across the globe,” said the airline.