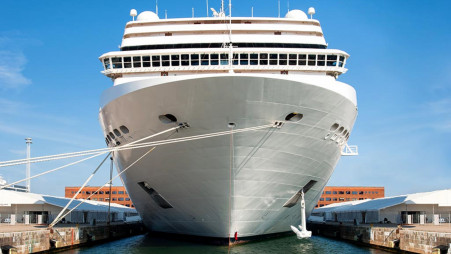 Karnafuly Ship Builders is trying to operate a luxury passenger ship with 3,000 seats on the Cox’s Bazar-St Martin’s island route though there is a restriction on carrying more tourists to the island.

The company applied to the Department of the Environment (DoE) three months ago seeking permission to construct a temporary jetty in the Dariya Nagar area of Cox’s Bazar’s Marine Drive Road to run the ship.

However, the department has not given permission as yet.

“Karnafuly Ship Builders has applied to the Department of the Environment to build a jetty in Cox’s Bazar. We have sent the application to the head office,” said Moazzem Hossain, director of the DoE, Chattogram.

There is no scope of carrying more tourists to any area declared as an Ecologically Critical Area (ECA), he added.

The government declared St Martin’s island as an ECA, an environmentally protected zone, in 1999. Mother turtles cannot lay eggs on the shore due to the crowd of tourists on the island.

The ship maker has another ship named Karnafuly Express with 600 seats that plies the same route.

However, the company imported the cruise ship with 2,000 seats from Japan one week ago.

The luxury cruise ship named MV Bay One is currently moored in Chattogram, Jahid said. Though it was scheduled to carry tourists on the Cox’s Bazar-St Martin’s route from October, it would be deferred, added the sales manager.

When The Business Standard contacted several high officials of Karnafuly Ship Builders Ltd, they refused to comment on this issue.

According to sources, the previous name of the MV Bay One ship was Salvia Maru, which was built by Mitsubishi Heavy Industries in Japan’s Kobe city.

The cruise ship is 121 metres long and its draft is 5.3 metres. It is capable of running at a speed of 18-20 nautical miles per hour.

Meanwhile, Cox’s Bazar Bon O Poribesh Songrokkhon Parishad (Cox’s Bazar Forest and Environment Conservation Parishad), an environmental organisation of the district, has submitted a memorandum to the prime minister demanding a stop to the process of building the jetty in the sea beach area.