PAN AM RETURNING TO THE SKIES…USING 747S?

Singapore Airlines Cuts Pilot Salaries By Up To 60% 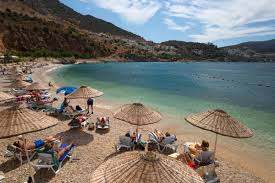 As Spain, Portugal and France are all added to the UK’s quarantine list, Turkey remains one of the few locations to stay open – and deals are even cheaper than ever.

According to TravelSupermarket, the most popular searches for holidays later this year are to the Antalya region in Turkey, followed by resorts outside of Dalaman such as Marmaris and Oludeniz.

Data from September 8 to September 15 found that 30 per cent of all package holiday searches on the website were for Turkey – compared to just eight per cent last year.

The prices have dropped too – a seven-night package holiday is 19% cheaper compared to last year.

Many searches were also for holidays in upcoming weeks as Brits opt for last minute trips this year, to avoid being caught out by quarantine rules being enforced at short notice.

TUI, Jet2 and easyJet are all offering bargain holidays for September and October, with trips from £170 each, and all-inclusive holidays for less than £400 each.

Turkey currently has no entry restrictions for British tourists, and only requires health and temperature checks upon arrival.

The plummeting lira also means you get a lot more for your money this year.

A couple of years ago £1 would buy 6.1 lira, but with today’s exchange rate it has risen to 9.78 lira – making the Mediterranean destination much cheaper.

Combined with warm temperatures up until October, it is easy to see why families are opting for the holiday destination this year with the Canaries and Balearics off the cards.

The Antalya region was also one of the first popular tourist destinations to sign up to Turkey’s Safe Tourism Certificate Program, which was introduced during the pandemic.

Timuçin Güler, the General Director for Tourism Promotion, previously spoke to Sun Online Travel about welcoming tourists back through the scheme/

Hotels and resorts are able to sign up to the scheme backed by the government which proves they are following 132 safety measures set out.

Any that are found not following the rules could be shut down at short notice.

He explained: “I’ve personally visited more than 50 hotels already to see if they are following the rules, with hundreds in Bodrum and Antalya abiding by them.