UK travel restrictions: Which countries are on the UK’s quarantine lists?

Coordinated global Covid-19 plan to save travel and tourism on the horizon: WTTC 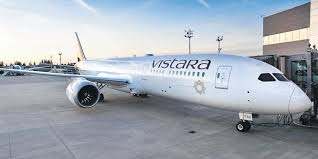 Vistara will offer in-flight WiFi services on its Boeing 787-9 Dreamliner aircraft, which are currently being used to operate Delhi-London flights, from Friday onwards, the private carrier said on Thursday.

In a press release, the airline said: “As an introductory offer, the service will be available free of cost to all Vistara customers for a limited period.”

Vistara is the first Indian airline to offer in-flight wifi services. The carrier said it plans to introduce the WiFi services on its Airbus A321neo plane as well, subject to regulatory approvals.

The airline has two Dreamliner aircraft in its fleet and both of those are being used to operate Delhi-London flights currently.

The full-service carrier started flights on the Delhi-London route from August 28 under the bilateral air bubble pact between India and the UK.

“During the limited period of the free offering, Vistara will gather information on system functionality and feedback on the overall customer experience to further fine-tune the service,” it said.

The airline added that it will announce the tariff plans for the WiFi services in due course.

Scheduled international flights have been suspended in India since March 23 due to the coronavirus pandemic.

However, special international passenger flights have been operating in the country under the Vande Bharat Mission since May and under bilateral air bubble arrangements formed between India and other countries since July.