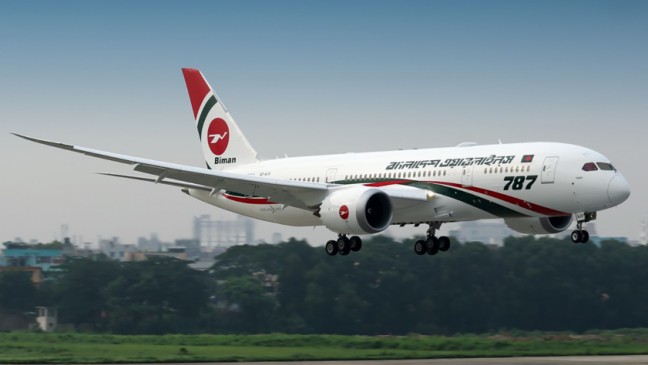 Although Biman Bangladesh Airlines has been transformed into a public limited company, the cabinet today approved a draft law keeping a provision for government control over the flag carrier.

The cabinet approved in principle the draft of Bangladesh Biman Corporation (Repeal) Bill, 2020, which comes with a caveat of keeping it in the hands of the civil aviation ministry.

Under the approved law, the civil aviation ministry will have the authority to dissolve, re-organise and form Biman’s board of directors, the highest decision-making body of the national flag carrier.

The ordinance is being repealed as the existing Bangladesh Biman Corporation Ordinance 1977 is no longer required after Biman was turned into a public limited company in 2011, said Cabinet Secretary Khandker Anwarul Islam at a press briefing after the meeting.

Mohibul Haque, senior secretary to the civil aviation ministry, told The Daily Star that Biman will be controlled by the relevant ministry since it is a government-owned company.

He also said there are several companies under Petrobangla and Bangladesh Petroleum Corporation which are also controlled or run by the relevant departments of the government.

“As there is no such department to run Biman, the civil aviation ministry will look after it,” he said.

Today’s cabinet meeting was chaired by Prime Minister Sheikh Hasina, who joined the virtual meeting from her official residence Gono Bhaban while other cabinet members joined it from the Secretariat.

On July 23, 2007, during the regime of military-backed caretaker government, Biman was finally turned into a public limited company, starting anew its journey with the name Biman Bangladesh Airlines Ltd.

Under the Company Act, Biman was supposed to run independently and take its own decisions.

The present board of directors of Biman is comprised of 13 members and most of them are government officials and all the 13-members including chairman of the board are appointed by the government.

Previous articleBangladesh will not visit Sri Lanka on condition
Next articleNon-Malaysian spouses and kids of citizens can come back, says Immigration DG