Tale of two airports: Doha and Dubai in the pandemic 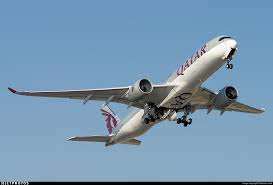 The novel coronavirus has impacted aviation worldwide, and the Persian Gulf region has been no exception. In fact the drop in traffic there has been especially striking. We’ve grown accustomed to seeing thousands of planes a day shuttling people through the Gulf’s capital airports – but all of a sudden in March, that flow of airplanes all but stopped. Doha (DOH), however, offered something of an exception. In order to get a better sense of this, we compiled Flightradar24 data from Doha and Dubai (DXB) to look at how the two Gulf mega-hubs and their home airlines have compared over the past six months.

Qatar Airways decided relatively early to continue to fly as much as possible and position itself as the airline for getting people home. Qatar shut its borders to all but its own citizens and permanent residents (other foreign residents were barred until August), but transit flights were still allowed. Airports in the UAE didn’t start allowing transit flights until June.

As a result Qatar Airways did a brisk business carrying people from places like Australia to Europe, picking up embassy contracts and even adding some new flights during the pandemic. It was part clever marketing tactic, part strategy for finding paying customers at a time when those were very scarce. The following looks at data for flights by all airlines at both.

As you can see, Dubai is normally the busier airport by quite a wide margin. Aside from the huge Emirates operation, DXB also sees service from a wider range of airlines around the world. That makes sense when you consider that the population of Dubai (not including the catchment area around the city or the rest of the UAE) is higher than the entire population of Qatar – 3.3 million versus 2.8 million respectively. But when the pandemic shut things down, Doha took the lead in terms of departures and only lost that title in May. It remains only just below Dubai’s figures up to now.

In the above chart we’ve looked at weekly flights at Emirates versus Qatar Airways. It’s interesting to note that Qatar Airways had the bigger operation by number of flights since before the pandemic began. Initially the two airlines dropped flights at roughly the same rate, but by later in March Qatar was running significantly more than Emirates. That was a direct result of the decision to be more aggressive with running repatriation and other transit flights. Through the end of August Qatar Airways maintains a bigger lead than it had pre-pandemic, though Emirates has been doing its best to keep up. As you can see, their trend lines mimic each others, but with Emirates starting from a more drastic drop in departures in March.

Looking at the mix of aircraft Qatar Airways has been using is illuminating in part because of what a varied fleet the airline has.

Emirates has a much simpler fleet, but the breakdown of aircraft types used during the pandemic is nonetheless intriguing.

Again we can see that the 777-300ER (77W) is the go-to aircraft. That’s in part because Emirates has so many of them (129 aircraft plus 3 more parked). But the airline also has 115 A380s, 60 of which are currently parked. And as we can see here the A380 fleet was more or less grounded entirely from late March until July.

The future for the Gulf

In a conversation back in May with Thierry Antinori, Chief Strategy and Transformation Officer at Qatar Airways, he discussed the Qatar Airways approach.

“We’ve faced an unprecedented challenge for our industry, but at the end an airline is there to serve the customer and be a reliable partner for trade,” Antinori said. “As we began to see the world going south, we had a lot of thoughts about our response. Our response was first to focus, instead of panicking. We said, what is our mission? Flying. And we began to focus on what remaining market opportunities we had to do that.”

Qatar Airways has continued to add destinations back to its route map throughout the summer, as has Emirates – just a few steps behind. As the world enters an uncertain period with indications of reduced demand for flights this autumn, both will be hoping they can continue to regrow their networks. Here’s hoping they can.

Previous articleHow have Italy’s travel rules changed under the new emergency decree?
Next articleNew ‘Special Tourist Visa’ scheme to be considered by Thailand’s cabinet next week