‘Directionless flight’ in Changi to boost the coveted economy 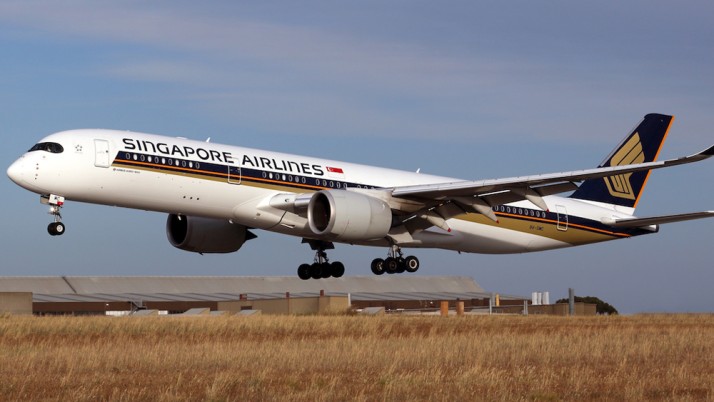 The costume name is ‘No Destination Flight’. Directionless flight. From the airport where the flight started, circling in the sky to get back there. The name of the airport is Changi. Sakin Singapore. This is in fact an attempt to save the air transport system that was destroyed in the catastrophe. There is also social responsibility. Corona’s impact on the tourism industry. In this climate, Singapore Airlines wants to turn around with ‘directionless flight’.

According to a source in the company, they want to launch this fancy luxury flight for tourists from the last part of October. The flight will start from Changi Airport in Singapore. He will return to Changi in three hours. Many Singaporean businesses are also hoping the flight will boost the sluggish economy of one of Southeast Asia’s tourist destinations.

A recent survey of 307 Singapore residents. Eighty-five percent of the participants expressed their desire to board the ‘No Destination Flight’. Of those 75 percent, 45 percent said they want to travel in economy class for ৮৮ 28. Again, 40 percent want luxury travel in business class for ৮৮ 58.

“The flight will use A-350 Airbus,” said Stephen Wood, director of Air Charter Singapore. I discussed with the Singapore Airlines authorities to operate the flight in a joint venture. I saw that they wanted to launch the flight on their own initiative. ” Singapore Airlines said it was considering joint venture with the country’s tourism department for the ‘no destination flight’. The Singapore government will bear part of the discount that will be given to passengers as a ‘tourism credit’.

Singapore Airlines, like other airlines in the world, has suffered heavy financial losses due to the closure of flights due to the corona infection. About 4,300 posts have been vacated recently. 2,400 workers have been laid off. It has also been announced that the new recruitment will be stopped completely. Which is unprecedented in the history of Singapore Airlines. In this situation, the airline authorities hope that this ‘directionless flight’ from Changi, one of the best airports in the world, will succeed in attracting tourists. Even in the face of the crisis, they are bearing a lot of financial responsibility for this ‘Flights to Nowhere’.

The airline is also providing car and water transport for the passengers of ‘No Destination Flight’. Not only the cowardly situation, Singapore Airlines has taken various steps out of social responsibility at different times before. In 2015, they launched free flights for children with special needs and the financially disadvantaged elderly.

Singapore ‘s Changi Airport is already one of the most popular ‘holiday destinations’ in Southeast Asia. Connected to 360 airports in 100 countries, Changi also has various tourist attractions. There is a huge swimming pool on the roof of the airport. As well as spa, foot massage and accessories. Terminal 2’s orchid gardens can compete with many botanical gardens. The ‘Butterfly Garden’ has hundreds of species of butterflies from abroad. Inside the airport is a four-story ‘slide’ and a ‘play-room’ for the little ones. The selfie-post of the incoming passengers is continuously shown on the ‘Giant Screen’.

Changi Airport Authority will show free movies to passengers if the flight is delayed . There is a big theater hall for him. The airport also has showrooms of all the major brands of the world and outlets of world famous restaurant chains. As a result, it is believed that this flight initiative of Singapore Airlines may gain popularity.

Previous articleInternational Flights: Flying From India to Singapore? You Need to Submit This Document Before Departure
Next articleNo restrictions in seating on domestic flights from tomorrow: CAAB