Tickets for the Taj Mahal will be available online only, Agra Fort is opening 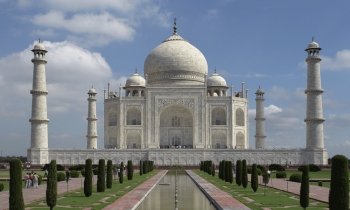 The Taj Mahal, one of the country’s landmarks, is being opened in the wake of India’s deadly corona virus. However, tickets to visit the Taj Mahal will be available only online. The Taj Mahal maintenance authorities confirmed the information on Wednesday.

According to Indian media reports, the authorities have decided to reopen the Taj Mahal, the most popular tourist destination in India, after being closed for about six months. And every day 5,000 visitors will get the opportunity to enter the Seven Wonders Taj Mahal through online tickets.

Amit Srivastava, deputy director of India’s Uttar Pradesh tourism department, told AFP that the decision was made to open the Taj Mahal on the 21st of this month. However, all the rules and regulations to prevent the corona virus must be followed and tourists must wear masks and adhere to social distances.

Meanwhile, according to an online report in the Indian Express, Basant Swarnakar, Inspector General of the Agra Region of the Archaeological Survey of India, said the Taj Mahal would be open to a certain number of visitors from September 21. Incidentally, the Taj Mahal has been closed since March 16 after the outbreak of corona in India.