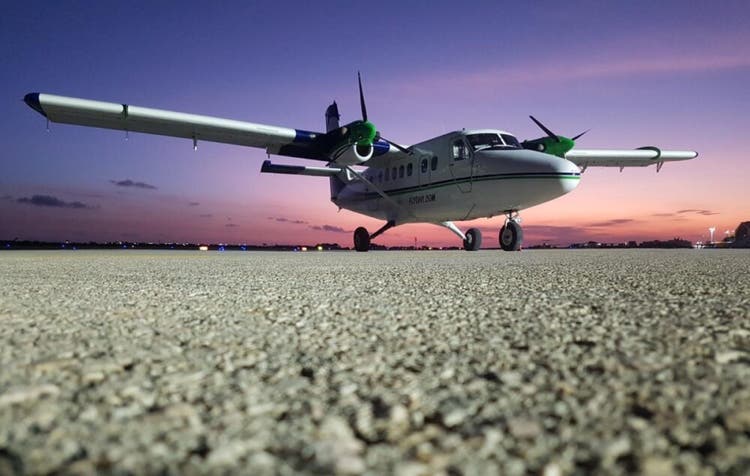 Aviation analytics firm OAG has crunched the numbers from 2019’s flight schedules and has revealed the shortest international flights in the world. Despite crossing country borders, many of these flights are unbelievably short, with six of the 10 shortest coming in at under 60 nautical miles long!

Although these figures are based on 2019 and the landscape of 2020 is likely to look very different, we thought it would be interesting to take a look at the results and just how short some flights really are.

The shortest border-crossing flight in the world in 2019 was from the Republic of the Congo to the Democratic Republic of the Congo. The route takes off from Brazzaville (BZF) in the RoC and lands around 10 minutes later in Kinshasa (FIH) in the DRC. All in, the route is just 13 nautical miles long.

The route crosses the mighty Congo River and connects these two capital cities, the closest capitals in the world. Plans are in place to build a road and rail bridge to facilitate ground connection, with work slated to begin later this year.

Last year, the leading airline operating the route was ASKY Airlines, who flew a Boeing 737 on a triangle routing between Lome (LFW), Brazzaville and Kinshasa. Occasionally it also used a De Haviland Dash 8 between the cities. However, there are some more exciting operations on the route as well.

Royal Air Maroc flies a 737-800 on the route, tagging it on to the end of flight AT269 from Casablanca. Air Cote d’Ivoire flies a milk run route between Lome, Abidjan, Kinshasa and Brazzaville with an Airbus A320 family aircraft. But for an extraordinary trip, Air France brings either its Boeing 777-200 or its A330-200 all the way from Paris to Brazzaville, tagging Kinshasa on the end!

For short flights under 50 nautical miles, there are just two that were operational last year. Bonaire (BON) to Curacao (CUR) flies in at only 40 nautical miles long and was serviced by just 469 flights across the year. FlightRadar24.com data shows that the route has accelerated in popularity, with an average of 111 flights per week now operational.

Previous articleTickets for the Taj Mahal will be available online only, Agra Fort is opening
Next articleSingapore Airlines publishes November flying schedule