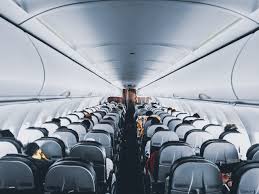 Passenger demand has been critically low in July, at only 79.8 per cent, compared to the same period last year, the International Air Transport Association (IATA) has announced through its most recent report.

However, IATA’s new report shows that a slight increase has been noted in passenger demand, compared to June, when the figures were 86.6 per cent, year-over-year decline.

According to the report, international markets showed a small change from June. While the capacity was 70.1 per cent below, compared to the same period one year earlier, the load factor marked 57.9 per cent decrease, SchengenVisaInfo.com reports.

“The crisis in demand continued with little respite in July. With essentially four in five air travellers staying home, the industry remains largely paralyzed. Governments reopening and then closing borders or removing and then re-imposing quarantines do not give many consumers confidence to make travel plans, nor airlines to rebuild schedules,” IATA’s Director General and CEO, Alexandre de Juniac pointed out.

International passenger demand decreased 91.9 per cent in July, compared to the same period one year earlier; however, a little change was marked compared to June, when a 96.8 per cent decline was registered.

As per Europe demand, it collapsed at 87.1 per cent compared to 2019. However, compared to June, where the figures showed a 96.7 per cent decline, it marks a slight improvement.

Airline traffic from Asia-Pacific dropped at 96.5 per cent, compared to the same period last year. Middle Eastern airlines marked a 93.3 per cent traffic decrease in July, compared to 96.1 per cent demand decrease, in June.

Traffic in North American carriers had a 94.5 per cent drop in July. On the other hand,  Latin American airlines noted a 95.0 per cent demand decrease in July, compared to July 2019.

Air traffic in African airlines dropped 94.6 per cent in July, which shows a slightly improved from 97.8 per cent shrinkage in June.

In July, domestic traffic fell 57.5 per cent. The figure marked a small improvement compared to a 68 per cent decline in June.

After estimating the impacts caused by the Coronavirus pandemic, on the air passenger numbers, economy and employment the International Air Transport Association (IATA) last month urged European countries to reopen their borders and help airlines recover from COVID-19 damages.